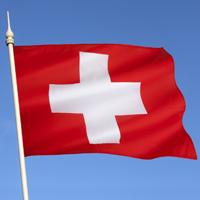 HMRC could face a legal challenge over its decision to offer UK taxpayers with undeclared HSBC Swiss bank accounts the chance to settle via the Liechtenstein Disclosure Facility (LDF), rather than prosecuting them for tax avoidance which would have seen many pay higher penalties as lobby group Avaaz hires legal representation

Solicitors Leigh Day have been instructed by global online campaign group Avaaz to send a ‘pre-action’  letter to HMRC regarding the tax authorities’ actions over the Falciani  list of names  of around 3,600 UK taxpayers (also referred to as the Lagarde list).

In February the Public Accounts Committee (PAC) heard evidence from Lin Homer, HMRC’s chief executive, in which she admitted there had been only one prosecution based on this information.

Homer said HMRC had been ‘very proactive and fast out of the blocks’, adding that ‘prosecution is only one part of our toolkit, which now includes the ability to levy penalties of up to 200% of tax owed’.

However, Homer was forced to admit that the bulk of the HSBC cases were dealt with via settlement under the LDF, where the maximum penalties are limited to 30%, and most paid the tax owing plus a fine equal to 10% of the tax owed.

In evidence she said around 1,100 UK taxpayers had opted to settle via the LDF, of whom ‘around 500’ had been encouraged to do so by HMRC.

Alex Wilks, Avaaz’s campaign director, said: ‘If the police extended the terms of knife amnesties to criminals caught carrying weapons, the public would be outraged. Tax officials must urgently explain why they gave get-out-of-jail-free cards to so many wealthy tax dodgers.’

The letter also states that anyone taking the LDF option was given immunity from prosecution. It says: ‘In consequence, large sums in penalties have been foregone.  Further, HMRC has lost the opportunity to bring criminal prosecutions against those guilty of widespread tax evasion.’

The letter ends by inviting HMRC to explain the basis and terms on which it made the LDF offer; explain how many taxpayers used the LDF settlement and why this was possible as their accounts were in Switzerland at the time; and provide an analysis of the impact on tax receipts.

HMRC has 30 days to respond to the Avaaz letter, after which the group can apply to a judge to launch the review.

A spokesman for HMRC said: ‘HMRC will strongly contest any action. We investigated and took action on the Lagarde list effectively.’

The UK has recovered about £135m from individuals named in the Falciani files to date, compared with about £185m by Spanish authorities and £200m by the French.