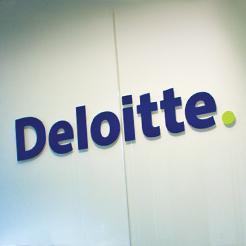 Deloitte has agreed to pay the US justice department $149.5m (£109m) to settle claims arising from its audits of failed mortgage lender Taylor, Bean & Whitaker Mortgage (TBW), which collapsed and declared bankruptcy in 2009 and was subsequently found to have been involved in a large scale fraud

The firm served as TBW’s auditor, and issued audit reports for TBW’s fiscal years 2002 to 2008.  The justice department alleged that during that time period TBW had been engaged in a long-running fraudulent scheme involving, among other things, the purported sale of fictitious or double-pledged mortgage loans, and as a result, TBW’s financial statements failed to reflect its severe financial distress.

The department alleged that Deloitte’s audits knowingly deviated from applicable auditing standards and therefore failed to detect TBW’s fraudulent conduct and materially false and misleading financial statements, while the firm’s audit failures extended to the specific financial arrangements through which TBW carried out the frauds.

TBW was authorised to originate and underwrite mortgage loans insured by the Federal Housing Administration (FHA) in the department of housing and urban development (HUD).  When a borrower defaults on an FHA-insured loan, the holder of the loan can submit a claim to the US to recoup losses resulting from the default.

‘When auditors fail to exercise their professional judgment, and make false statements that allow bad actors to remain in government programs and submit false claims to the government, there will be consequences.’

TBW was the 12th largest US mortgage lender before US regulators shut it down. Former chairman Lee Farkas is serving a 30-year prison term following his 2011 conviction on 14 fraud and conspiracy counts, while five other TBW executives pleaded guilty to participating in the scheme.

The settlement makes no determination of liability and Deloitte neither admitted nor denied the allegations.

In a statement the firm said: ‘Members of Taylor Bean & Whitaker management, including its CEO, were convicted of engaging in a complex, collusive fraud with a counterparty bank specifically aimed at misleading our organization and investors.

‘Deloitte & Touche is deeply committed to the highest standards of professionalism, and we stand behind this work that dates back over a decade.’