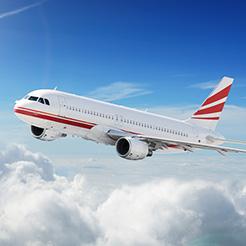 With under a year to go, many companies are at risk of being caught unprepared for new lease accounting rules under IFRS 16, which come into force next January and require imminent action to ensure compliance and prepare comparative data, according to analysis by Duff & Phelps

IFRS 16 Leases was issued by the International Accounting Standards Board (IASB) in 2016 and will become effective on 1 January 2019. The new rules require most operating leases to be recorded on balance sheets, whereas previously only finance leases were recognised.

Duff & Phelps points out that for several industries, such as retail, real estate, airline, transport and energy, this could well become one of the most material items on their balance sheets.

The airline industry will be particularly affected, according to research from Europe Economics, with nearly one third of companies potentially seeing an earnings before interest, tax, depreciation and amortisation (EBITDA)  impact above 100%.

The retail industry will also see considerable impact, with the same research predicting that approximately 37% of companies will have an EBITDA impact of 50% and above.

In addition to the impact on balance sheets, IFRS 16 may cause significant changes to profit and loss (P&L) and cashflow statements, along with EBITDA metrics and credit ratios. Duff & Phelps cautions that, as a result, it may have a considerable effect on market sentiment, share prices, analyst coverage and even credit ratings in some industries.

For entities with significant operating leases, the impact may be substantial and it is crucial they start preparing for adoption as soon as possible. Ultimately, companies should already be evaluating the impact of transition options and practical expedients not just on their financial statements, but also on the internal systems required to track the wealth of new data required for each lease.

Michael Weaver, managing director of UK and Middle East valuation advisory practices at Duff & Phelps, said: ‘With less than a year until these new standards of reporting are enforced, companies face being overwhelmed by additional requirements unless they start preparing a strategy now. Firms with large numbers of operating leases, from retailers to airlines, are especially in the firing line.

‘The first step will be understanding the scope of change approaching, and anticipating the effects on balance sheets, cash flow statements and beyond. From there, it will be a case of preparing comparatives and aiding a smooth transition. Those with a laissez-faire approach to implementation risk losing out along the line.’