Women, let’s look at the real issue: accountancy is still a man’s world

Myfanwy Neville, a partner at accounting and advisory firm BKL, describes herself as a ‘working class woman from Wales' who has become 'middle class' through her work. Here she gives voice to the negative experiences women still have in breaking into senior leadership roles at accounting firms, even when their working environment is‘trying’ not to discriminate 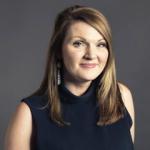 As I sit browsing social media, I find myself becoming more and more cynical about the ‘self help’, ‘super-motivational’ messages telling women that we can achieve anything.

Maybe it is my year to ‘sparkle’; and perhaps if I do just ‘believe’, I might be ‘halfway there’. But where exactly? These mantras feel like brainwashing, distracting us from what is really going on: a world where there are still many more obstacles for women than for men to achieve their full potential.

But what makes me angry is that we are all so accustomed to ‘the way things are’ that it is almost impossible to separate it from what true parity should look like.

I have come to realise that my success from working class roots to a good professional career in London, meant unknowingly swimming against a tide of gender issues by overcompensating and quite simply working harder.

I have learned that inequality is pervasive and involves three linked issues: self-sabotage by women, gender conditioning, and unconscious bias visible in the everyday world.

The fact is that the business world’s parameters have been built and set by men, based on how men think. So when women operate in that space, they often feel they are ‘getting things wrong’ or that they are ‘problematic’, in a way men probably cannot imagine.

Even in an organisation such as mine, where I feel I have been afforded every opportunity, I look around and see I am the only female who has made it ‘to the top’ in the last 20 years. And not because we are short of bright women, or that we have a problem with women.

Even in a forward-thinking accounting practice like mine, we find ourselves back in the vicious circle of self-sabotage, gender conditioning and unconscious bias, which is happening all around us without people knowing.

As I started to unpick it, I realised that this bias takes root from a very early age. I would also suggest that most men and women are completely unaware of it.

For example, my daughter is aged four and I buy her a mix of toys to encourage a range of skills and interests. But the screwdriving, cog-and-wheel problem-solving toys are so obviously packaged for boys.

The colour code everyone unconsciously understands is primary colours for boys, pink and pastels for girls. Even my daughter has picked up on it, choosing the products that come in pink or purple packaging. And what are they? Well, certainly not screwdrivers. It is all looking after baby, making cups of tea, cooking stuff and princess toys.

Then there is the cultural legacy, the rich history of fairy tales that were told to us and we lovingly retell.

In most, the female protagonist’s job is simple: be ‘beautiful’ and wait to be rescued. Her ambition is to marry a man, so she can ‘live happily ever after’. When she is murderous, not virtuous, it is usually directed towards other women (thank you, Wicked Stepmother).

Disney is doing better lately with stronger female protagonists, but that is a very recent development.

And so, to school and education. One idea apparently considered to redress girls’ better performance at school is to make it easier for boys to learn by expressing tricky concepts in terms that interest them, such as by using football comparisons.

I wonder. Isn’t this just more applied bias? Or to extend the sporting analogy: changing the rules of the game because one side is winning? I doubt this does anyone any favours.

My experience is that many girls are still excluded from serious conversations about business and politics. This may seem a small exclusion, but it subtly reinforces stereotypes that get carried into adult life.

No wonder the workplace is often so difficult when people get there. I have spoken to many women who simply do not believe that a particular promotion is open to them, despite their obvious competence.

These are bright, honest, intelligent people who are unconsciously self-sabotaging – talking themselves out of ‘thinking big’ or applying for roles because they feel they cannot meet every competence, while a male counterpart would ‘have a go’ and apply anyway with confidence.

While men are applauded for showing emotional intelligence, women offering the same are branded ‘emotional’ or ‘soft’ or ‘not commercial enough’.

To succeed in business, women try to reject their femininity and identify more with men: deliberately deepening voice pitch; being harder with colleagues; hiding away the things that make them different to men – which can also include rejecting other women in the meantime. So instead of offering a step up, they also, almost unwittingly, kick down.

Yes, ‘glass ceilings’, gender pay differences, and unconscious bias generally are hurdles. But what is less acknowledged is that a key reason more women are not in leadership roles is that they are still subtly conditioned to think they cannot do them. And because there are so few of us up there with a clearer view of what is going on, it is hard to demonstrate to the men what the issues are.

In most cases, the colleagues, friends and clients I speak to understand the clear benefits of better diversity across leadership roles, but comment on the lack of candidates that make it up there for consideration.

What can be done? Instead of resting on our laurels and seeing which women succeed in running the gauntlet, I would urge business leaders to take a step back, focus on really understanding what is going on around us and think from the ground up how to help everyone, regardless of gender, to reach their full potential.

After looking at the immediate issues, with the business world starting to encourage a more enlightened society, we should go back to the beginning, with toys and education. We could then make learning truly blind to gender.

Men and women need to reboot how we see each other and stop reinforcing roles, however unconsciously. I think that’s all the ‘self help’ that is needed.