What lies ahead for accountancy firms large and small

From the Big Four to sole practitioners, there will be winners and losers. Carbon Accountancy’s John Leyden sets out the future challenges, from paying staff and partners to changing business models and keeping clients 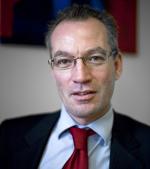 The landscape for the accountancy profession is going to change significantly over the next year or so. The sector has been pretty resilient in most previous recessions and generally tracks the overall economy in any downward path, but this time things could be very different.

Within weeks of the pandemic crisis unfolding, word was that the Big Four were initiating conference calls with each other to discuss avoiding tapping into the Coronavirus Job Retention Scheme (CJRS), the government’s furlough scheme, for fear of further damaging already tarnished reputations (probably foregoing over £10m each in government support in the process, clearly understanding just how tarnished their reputations are). In addition, they were implementing dramatic cuts in partner take home pay.

The next tier down immediately used the furlough scheme for as many as 25% of their staff, getting government handouts of up to £2m per month. Many privately accepted that they were highly unlikely to take many of them back on when the furlough ends.

They also imposed 25% pay cuts on senior staff and partners and offered staff who continued to work reduced pay and reduced hours, unsurprisingly without a huge take up. And now they are waiting for a blood bath among their client base.

Many mid-tier firms and large firms had recruited for anticipated growth. This has caused an increase in the number of cuts they need to achieve. Not only do they have to reduce cost to meet the reduced client need, but they also have to cull a whole cohort of new talent they recruited to deliver anticipated new business that will simply not materialise.

In the top 100 firms, there is likely to be a significantly reduced intake of new recruits; the next generation of those firms is likely to be largely put on hold until we know where the economy lands.

Smaller firms with good staff who have a wide range of experience (typically those firms in the £1m to £10m fee base with 10 to 50 staff) were already finding it hard to recruit new talent pre crisis, and so were short staffed anyway. They now have less need to reduce head count and can consolidate what they have with a reduced fee income.

Some firms have furloughed a reasonable number of people and imposed 20% pay cuts for the people not furloughed, quite a drastic combination.

The firms which already embraced technology and had allowed staff to work from home (if only on occasion) have had a relatively easy time of moving to a home working environment, with little impact on the efficiency of work or the client service delivered. They already had systems in place such as remote access to data and had already considered security issues.

But small sole practitioners with fees of £300,000 to £1m and 6 to 10 staff are suffering. Many, but by no means all, are working with outdated paper-based systems or IT where they have not implemented remote access for home working or cloud-based systems.

In addition, their client base is typically those small SMEs - restaurants, bars and independent retailers, builders, plumbers and tradespeople - who are also suffering. Many of their clients have no income at all currently and will not survive, or if they do, they will be significantly diminished in size.

Many are older, in their early to mid 60s. They will have had retirement plans. How many will feel up to the struggle of rebuilding their practices during the worst recession in 100 years? Some may well simply shut up shop.

There is one other factor that the accountancy profession has to grapple with: how they get paid. Many firms have eschewed the old way of doing the work, billing the client and waiting to get paid.

They moved to a new model: get a monthly standing order paid by the client in advance of doing any work. But many of their clients have simply switched off the standing order; an immediate and significant reduction in cash coming in.

Sadly, there may well be more than a few accountancy practices calling in the insolvency practitioners, something almost unthinkable in previous times.

There will inevitably be a significant increase in clients seeking fee reductions. Many larger private companies will start a tendering process or beauty parade.

Typically, these involve a credible but smaller, lower cost competitor to ensure everyone sharpens their pencils. And while in many cases the incumbent is kept on with a reduced fee, there is always a certain percentage of clients that will appoint that smaller firm.

So firms of 15 to 30 staff with fee income of £1.5m to £3m could be big winners from this shake up; they have the ability to undercut the top 100 firms by as much as 50% without compromising quality of service or work.

The market may also see some consolidation, particularly in the Mid Tier. These firms will merge to maintain profit per equity partner and limit the damage of the recession.

There are also likely to be new entrants to the market, those people displaced from practice through redundancy. Many people will set up on their own until the economy is back where it needs to be; some will see it as an opportunity to branch out for themselves.

The middle ground and the smaller credible firms may well be the winners in all this – those firms that are tech savvy, have had little or no need to furlough people and who offer a wide range of services. They will be able to handle larger private companies seeking real fee reductions without compromising on quality and service. They will also be able to draw on a large pool of unemployed talent from the larger firms.