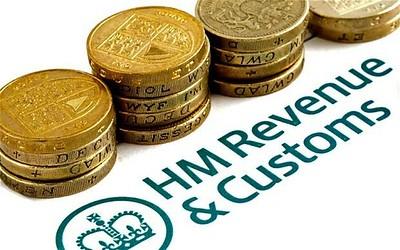 A man and a woman from West Yorkshire have been arrested as part of an HMRC investigation into a suspected £3.4m Coronavirus Job Retention Scheme (CJRS) fraud

HMRC’s Taxpayer Protection Taskforce officers executed a search warrant on 28 April 2021 in the Bradford area and arrested a 35-year-old man and 36-year-old woman, suspected of money laundering and VAT evasion.

Both individuals were also arrested in relation to a suspected multimillion pound tax fraud and have been released under investigation.

More than £6m held in bank accounts controlled by the pair have been frozen by HMRC.

Janet Alexander, taxpayer protection taskforce director, HMRC, said: ‘The Coronavirus Job Retention Scheme is part of the collective national effort to protect jobs. The vast majority of employers will have used the CJRS responsibly, but we will not hesitate to act on reports of abuse of the scheme or any HMRC administered Covid-19 support packages.

‘This is taxpayers’ money and any claim that proves to be fraudulent limits our ability to support people and deprives public services of essential funding.

‘As usual, we have built steps into CJRS to prevent mistakes and fraud happening in the first place, but anyone who is concerned that their employer might be abusing the scheme should report it to HMRC online or call 0800 788 887.’

At the Budget in March this year, the government announced it would invest over £100m in a taxpayer protection taskforce to combat fraud within the HMRC administered Covid-19 support packages, including the CJRS and self employment income support scheme (SEISS), representing one of the largest responses to a fraud risk by HMRC.

More than £61bn has been claimed through the Job Retention Scheme, supporting 1.3m employers and 11.5m furloughed jobs.

The CJRS scheme has four lines of defence:

employees continue to have to be on a payroll by a particular date, to prevent the use of fake employees;

claims are only accepted from employers known – and authenticated – by HMRC;

all claims are assessed by a specialist team within a 72-hour window; and

proportionate and reasonable interventions with customers after money has been paid.

Guidance on how to pay all or some of your Coronavirus Job Retention Scheme grants back if you’ve overclaimed, or if you do not need the grant and want to make a voluntary repayment, is available here