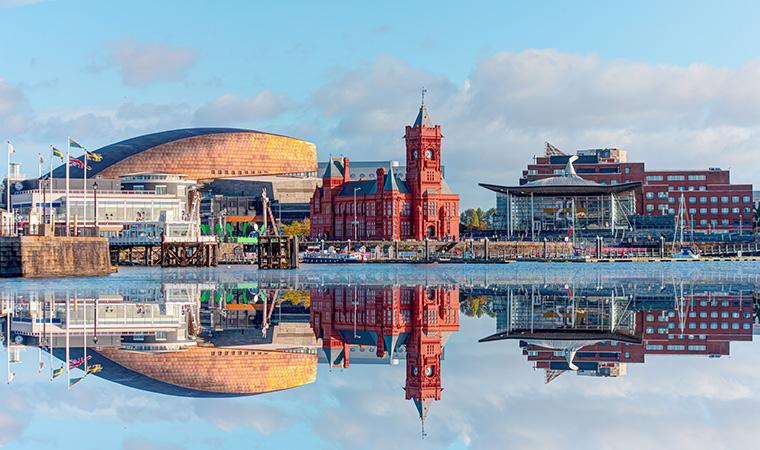 With just under two weeks to go until the Welsh parliamentary election on 6 May 2021, the parties have published their manifestos and shared their plans for Wales. We examine the main parties’ tax plans to see their impact on businesses and individual taxpayers

Income tax has been partially devolved to the Welsh government and the 2021 election will be the first where parties can campaign to change rates. With new topics coming to light from Brexit, Covid-19 that now must be taken into consideration and the notion of independence bubbling under the surface, how are the main Welsh political parties approaching taxation in the 2021 election.

The Welsh Conservatives also promise to cut the Welsh version of stamp duty, land transaction tax and first-time buyers would not pay it, while the threshold for others would be raised to £250,000.

The manifesto promises a ‘Covid-19-bounce back’ package, including a £2.5bn investment fund and maintaining the cut to 5% on VAT for tourism businesses until April 2022 and a proposal to abolish business rates for small firms.

The Welsh Conservatives promises to undertake reviews of every Welsh government funded organisation to ensure ‘maximum value for money for the taxpayer’ and offer a reform of the local government funding formula. They also promise to freeze council tax for the next two years, and they want to implement council tax referendums when tax increases rise above 5%.

The Welsh Labour spending plans do not rely on an increase in devolved taxes and they state that their policies will not depend on the ‘whim of UK Tory ministers’.  Labour's pitch to voters for the 2021 election is not a plan for a radical overhaul of the system of devolution, the health service or social care but has a focus on groups hit hardest by the Covid-19 pandemic.

Labour hints at clauses which could give the Welsh government flexibility on things like income tax, or to back a larger Welsh Assembly in future, but has not made firm commitments on either. The manifesto states that Labour ministers will ‘not take more in Welsh rates of income tax from Welsh families for at least as long as the economic impact of coronavirus lasts’ and commits to reforming council tax.

The Welsh government has the ability to vary rates within the three income tax bands, but Welsh Labour will continue to commit to not increasing income tax during this assembly. They will be pushing for serious consideration for reforms to the Welsh rates of income tax.

Welsh Labour introduced  the idea of the ‘vacant land tax’ in Wales in 2018 which would allow the Welsh government to consider tax and policy options to support the objective of bringing idle land back into productive use and Labour will continue these negotiations.

Plaid Cymru is the only party offering an independence referendum for Wales, and promises this during the next five-year term, with a national commission to oversee the process of drafting a Welsh constitution. They will seek devolution of decision-making from Westminster to Wales and introduce an order to seek immediate devolution of power over rail, welfare, broadcasting, energy projects, and the Crown Estate.

Leader of the party, Adam Price said developing Wales’ economy would be a priority and will boost Welsh firms' share of public contracts form 52% to 75% and will focus on growing small and medium-sized Welsh firms with an arms-length development agency. They will also expand the role of the Development Bank of Wales and support the creation of a Community Bank to help domestically owned businesses grow their market share. They will also introduce zero interest loans to support small businesses to bounce back post pandemic.

There are no plans to change the existing income tax rates but Plaid Cymru has promised a wholesale reform of the council tax system which would mean cuts to the average council tax bill for taxpayers, with 20% of households in the bottom fifth of income distribution seeing their council tax bill fall by around £200. It is also proposing to increase the council tax premium that can be charged on second homes from 100% to 200%, almost three times higher than the current system.

The Welsh Liberal Democrats plan is simply to freeze business rates until 2026 and in the longer term replace them with a ‘fairer and more supportive system’. They will also pass a ‘People’s Procurement Act’ which requires local authorities to commission small local businesses and supply chains as a priority, whilst making other rules more flexible giving greater scope to invest in longer-term contracts

It is not devolved, but the Welsh Lib Dems say they would work towards re-joining the European Single Market and Customs Union, as part of the scheduled renegotiation with the EU in 2025, or earlier should the opportunity arise to allow Welsh businesses to trade more freely with Europe.

The Welsh Liberal Democrats want devolution of powers to Wales from Westminster, in the areas of transport, Welsh ports, energy, broadcasting, air passenger duty, youth justice policing and other justice powers. In the long term they want to raise the employee National Insurance threshold to the income tax threshold.

They would also like to see reform of capital gains tax and dividend tax relief, closing and removing the distortions, loopholes and excessive reliefs and also reform corporation tax meaning larger multinationals will pay more. However, the Welsh do not have these powers under devolution so it is not clear how this would be achieved.