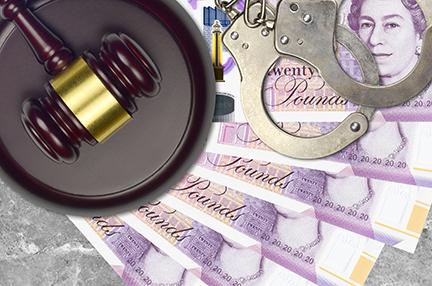 The guidance follows a decision by the general anti-abuse rule (GAAR) advisory panel on one of these cases, where a company rewarded its director using loans made through a remuneration trust. The company claimed a tax deduction for its contributions to the trust and both the company and its director claimed that the loans were tax free.

The panel agreed with HMRC’s view that entering into and carrying out these arrangements was not a reasonable course of action.

In its decision the panel said: ‘In our view, the arrangements as a whole are contrived and abnormal and appear to us to serve no purpose other than to avoid tax.

‘There has been a naked attempt to break the connection between the loans to the individual and their activities as a director of the company which have generated the economic value.

‘We cannot believe that Parliament intended loans to a person from a trust made out of funds deriving from economic value earned by that person’s activities as a director to escape Part 7A’.

Under the arrangements, a company contributes to an offshore remuneration trust and claims the contribution as a deductible corporation tax expense.

The trust deed may have various beneficiaries. These can include third parties that have a commercial relationship with the company making the contributions; providers of finance to the trust; and someone appointed to act for the trust.

The director of the contributing company makes very small loans to the trust, or to someone appointed by the trust.

The contributions received by the trust are not used to provide benefits to anyone other than the director of the contributing company through loans made to them on uncommercial terms.

It is claimed that the loans are not connected with the director’s employment with the company. Instead the director may say they receive the loans because, as a provider of finance, they qualify as a beneficiary of the trust.

The third party extracts the scheme fee, then transfers the remaining money to the director of the contributing company. Money received by the director is claimed to be a tax-free loan.

HMRC says it may issue anyone using such arrangements which were entered into on or after 17 July 2013 with a counteraction notice under the GAAR, without going back to the panel for a new opinion.

Individuals may also receive an accelerated payment notice (APN) if they receive a GAAR counteraction notice, meaning they will have to pay the disputed tax upfront while HMRC continues its investigations. There is no right of appeal against an APN, but taxpayers can make representations.

Arrangements entered into on or after 15 September 2016 may also be subject to a 60% penalty where the GAAR applies.

HMRC says it will consider taking action against promoters of arrangements which in the GAAR panel’s opinion are unreasonable, under the promoters of tax avoidance schemes regime. These powers include the right to impose significant conditions on how a promoter conducts its business.

This may also include using the enablers penalty regime for anyone who designs, sells or enables the use of abusive tax avoidance arrangements which are later defeated by HMRC.

The penalty applies where any of these arrangements have been enabled and entered into on or after 16 November 2017.

HMRC strongly advises anyone who is using these arrangements or similar schemes, or has done so in the past, to withdraw from them and settle their tax affairs, in order to reduce the risks and costs of litigation.

A charge on outstanding disguised remuneration loans (the 2019 loan charge) was introduced to deal with the use of these and similar avoidance schemes. The charge applies to loans made since 9 December 2010 if they were still outstanding on 5 April 2019.

Scheme users may also be charged a penalty for an inaccurate return. This applies to tax returns that were sent to HMRC on or after 16 November 2017, relating to a tax period that both began on or after 6 April 2017 and ended after 15 November 2017.

GAAR Advisory Panel opinion of 7 April 2020: Rewards in the form of loans for employees including contributions to a trust

A GAAR to catch it all