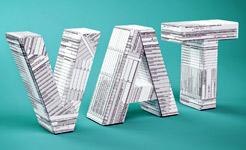 The retailer has announced a 5% reduction on 97 different products, including named brand and the retailer’s own-brand goods.

Michael Andrews, Waitrose director of buying - ambient and general merchandise, said: ‘By covering the VAT cost and reducing the price by 5%, we are confident it will make a difference to our customers.’

Waitrose said it had already committed to passing on VAT savings to customers after David Cameron’s government proposed plans to remove the ‘tampon tax’ come into effect. This was in light of the European Commission announcing future intentions to enable member states to lower VAT to zero on sanitary products.

Campaigners have been urging the government to scrap VAT on sanitary products, saying they should be classed as ‘essential items’. The UK government has indicated its willingness to do so has been restricted by current EU rules requiring a 5% levy to remain in place. These are set to change in 2018.

In 2015, George Osborne, the then Chancellor, announced that revenues from the tampon tax would be given to women’s charities, including domestic violence refuges. Around £15m a year has been handed over.

£11.25m available in final round of Tampon Tax Fund

Isle of Man to levy corporate tax on retailers