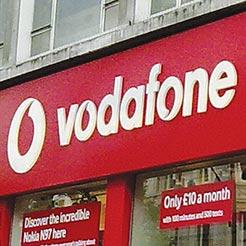 Vodafone has won a long-running tax case in India over some £2.4bn of tax imposed by the authorities there following the telecom giant’s acquisition of a local operator over a decade ago

The ruling was handed down by the Permanent Court of Arbitration at The Hague, after Vodafone and the Indian government agreed to take the case to international arbitration.

In a  unanimous decision, the court held that the Indian tax authority demand for  capital gains and withholding tax imposed at the time of Vodafone’s deal, in 2007,  was ‘in breach of the guarantee of fair and equitable treatment’.
The tax demand related to Vodafone’s takeover of Hong Kong-based Hutchison Whampoa's Indian mobile unit for £7.1bn in 2007.  In September that year, the Indian government raised a demand for capital gains and withholding tax from Vodafone, saying the company should have deducted the tax at source before making a payment to Hutchison.

Vodafone argued it did not owe capital gains tax on the deal in India, because the transaction was conducted offshore and it was the buyer, not the seller.

A legal case in India initially found in Vodafone’s favour in 2012, but the government then changed laws to allow firms to be taxed retrospectively. Since then, the two sides have been locked in a series of legal challenges on the issue, with the Indian government also seeking to impose penalties and interest on the original demand.

The latest ruling specifically addresses the issue of retrospective amendments to tax law, stating that the Indian government’s move had violated the principles of equitable and fair treatment under the India-Netherlands bilateral treaty.