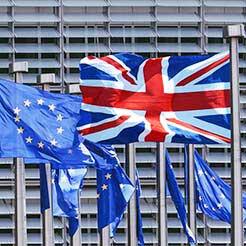 Meaningful Brexit negotiations between the UK and EU are unlikely to commence until after the French and German general elections, according to former European Council president Herman van Rompuy

Prime minister Theresa May has already said she will not trigger Article 50, the formal process of leaving the EU, until 2017.

Van Rompuy told BBC Radio Four's Today programme: ‘Before the German elections and before there is a new German government, I think no serious negotiations will take place.

‘You can always start with more technical matters, but the hardcore, the difficult topics, will be tackled after the constitution of a new German government and that will be October/November.’

He added senior figures appointed to negotiate for the EU, who include Belgian ex-Prime Minister Guy Verhofstadt and Michel Barnier, who oversaw the introduction of sweeping reforms of statutory audit, as ‘very, very tough’ but also ‘very pragmatic’.

There is no desire to punish the UK, van Rompuy said, but also no appetite for encouraging further countries to leave the union.

‘Because Europe was for many countries still a model, a model that you can achieve peace among peoples and states that waged wars for centuries, so it was a model of co-operation and integration.

‘That image of a strong Europe, that is tarnished a lot after Brexit.’