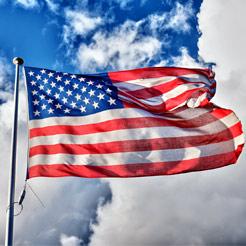 The US has pulled out of the discussions on the OECD’s plans for a global tax framework for multinationals in the digital economy, claiming the talks are at an ‘impasse’, and raising the prospect of retaliatory action over any digital services tax (DST)

Steve Mnuchin, US Treasury secretary, sent a letter to the finance ministers of the UK, France, Spain and Italy stating the US was unable to agree even on an interim basis on changes to global taxation law that would affect US tech companies.

The letter stated: ‘Attempting to rush such difficult negotiations is a distraction from far more important matters.

‘This is a time when governments around the world should focus their attention on dealing with the economic issues resulting from Covid-19.’

In the letter Mnuchin claimed the OECD’s discussions, which are aimed at developing a co-ordinated multilateral agreement on how to tax digital companies, had reached an impasse and said talks should be suspended.

This is not the first time the US has signalled its opposition to a DST. At the end of last year the US warned it might levy 100% trade tariffs on up to $2.4bn (£1.85bn) of French goods, including cheese and champagne, in response to a federal investigation which concluded that France’s DST discriminated against US companies.

That threat was averted after talks between the two countries, with the US indicating it would hold back on any new tariffs before the end of 2020, to allow time for continued discussions within the OECD base erosion and profit shifting (BEPS) framework on digital taxation.

However, in June this year the US trade representative office announced an investigation into DST in ten jurisdictions, including the UK, Spain and Italy, on the grounds of discrimination against US companies; retroactivity; and possibly unreasonable tax policy.

In his latest letter, Mnuchin said: ‘The US remains opposed to digital services taxes and similar unilateral measures.

‘As we have repeatedly said, if countries choose to collect or adopt such taxes, the US will respond with appropriate commensurate measures.’

The OECD is currently in discussions over a ‘two pillar approach’ to taxing the digital economy.  The first pillar proposes countries should be able to tax multinationals’ profits on the basis of sales in their jurisdictions, while the second sets out plans for a global minimum corporate tax rate.

The UK’s DST came into operation from 1 April 2020. It is a 2% tax on the revenues derived from UK users of social media platforms, search engines and online marketplaces and applies to revenue earned from that date.

A Treasury spokesperson said: ‘Our DST ensures that digital businesses pay tax in the UK that reflects the value they derive from UK users, and is compatible with the UK's international obligations.

‘We have always been clear that our preference is for a global solution to the tax challenges posed by digitalisation and we'll continue to work with the US and other international partners to achieve that objective.’

Responding to the US Treasury letter, OECD secretary-general Angel Gurría said: ‘Addressing the tax challenges arising from the digitalisation of the economy is long overdue.

‘All members of the Inclusive Framework should remain engaged in the negotiation towards the goal of reaching a global solution by year end, drawing on all the technical work that has been done during the last three years, including throughout the COVID-19 crisis.

‘Absent a multilateral solution, more countries will take unilateral measures and those that have them already may no longer continue to hold them back.

‘This, in turn, would trigger tax disputes and, inevitably, heightened trade tensions. A trade war, especially at this point in time, where the world economy is going through a historical downturn, would hurt the economy, jobs and confidence even further.

‘A multilateral solution based on the work of the 137 members of the Inclusive Framework at the OECD is clearly the best way forward.’

The G20 has mandated the OECD to deliver a consensus based solution by the end of 2020.  The next Inclusive Framework meeting to update on progress is scheduled for October.

Rob Mander, global head of tax at RSM International said: ‘Lockdown has turned the debate over global taxation from a niche technical issue to the first battle line in the global recovery. Lawmakers have watched their highstreets collapse as social distancing has powered US tech profits ever higher, these profits continue to flow offshore.

‘At this point it is hard to imagine any action from the White House dissuading European governments from pressing ahead with digital services taxes.

‘The US is hoping the prospect of a deeply damaging transatlantic trade war will be enough to at least delay the implementation of any new agreement and, given the administration’s track record on tariffs, the OECD’s December deadline now looks dead in the water.

‘In the meantime, however, digital services taxes appear here to stay and each month the US spends away from the negotiating table is another month for the DST bill to climb higher for big tech.

‘While governments fight over their share of big tech profits, swathes of middle market businesses will get caught in the crossfire. Unilateral digital services taxes will discourage a new wave of tech disruptors from emerging out of the crisis onto the global stage.

‘Both the economic recovery and the international tax system has to be tackled globally through multilateral co-operation and fair international competition. An OECD solution must be the priority, now more than ever.’

Vodafone-India tax talks may be scrapped

Liechtenstein in tax talks with HMRC