Urgent calls to help millions of excluded self employed 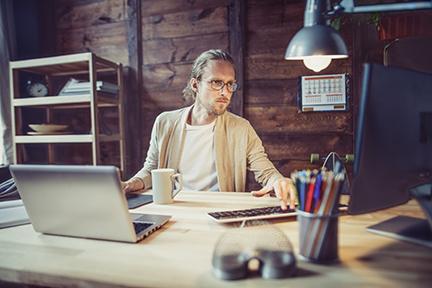 Studies show one in five of those working for themselves remain out in the cold while chancellor continues to support those already able to access schemes, but more help could be made available, finds Philip Smith

Yet again, Rishi Sunak, the chancellor of the exchequer, has been forced to rip up his plans for an orderly withdrawal of government support for a UK economy ravaged by Covid-19. Instead, he has prised upon the Treasury’s coffers and increased the size of furlough payments and grants made available to the army of self-employed people that has been hit by another economic shutdown.

In a flurry of statements following prime minister Boris Johnson’s announcement that England would go into lockdown for a second time, Sunak reinstated the furlough scheme, increased the level of payouts to 80% of hours not worked up to £2,500 and, in response to outcries from business leaders, extended the scheme to 31 March 2021, more than a year after it was first introduced.

At the same time, the Chancellor also announced that the next instalment of the self employed income support scheme (SEISS) for November to January will be increased to 80% of average profits up to a cap of £7,500, up from 55%.

But there remains a significant number of workers, such as those who had only recently become self employed or directors of limited companies who paid themselves through dividends, that remain unable to tap into these support schemes.

Those unable to claim include people who did not file a 2018-19 tax return because they had just started working for themselves, company directors, those earning more than £50,000 and people who earned less than half of their income from self-employment.

Meanwhile, according to the Resolution Foundation, in every month since April, more than half of self-employed workers were receiving lower earnings than before the crisis. The foundation added that support has been poorly targeted: one in six respondents who claimed a government grant did so despite having experienced no loss in income, while close to 500,000 self-employed workers still without work in September had received no support.

‘The government has provided unprecedented support in response. But it has been terribly targeted, with around £1.3bn going to freelancers and businesses unaffected by the crisis, while others suffering catastrophic income losses have missed out on any support at all.

‘This crisis is far from over for the UK’s self-employed workers. Future support should avoid excluding so many groups, while ensuring payments reflect genuine falls in income.’

Slaughter adds that an immediate priority should be to strengthen Universal Credit for the many self-employed workers who will need it in the months ahead. In response to these criticisms, work and pensions secretary Thérèse Coffey has announced that the suspension of the Universal Credit’s Minimum Income Floor would be extended to the end of April 2021.

Derek Cribb, CEO of IPSE, the Association of Independent Professionals and the Self-Employed, says: ‘It is absolutely right for the government to adapt its approach and extend SEISS at the same level as the furlough scheme until January. We hope the government will do the right thing and extend it in-line with employee support until March.

‘We also urge the government to finally address the gaping holes in SEISS, extending support to the desperately struggling newly self-employed, limited company directors and other groups it has so far left-behind.

‘The government has provided admirably robust support for many employees and self-employed people, but at every turn it continues to ignore large groups of the self employed who have been financially devastated in the last six months.’

Bounce back loans could be one answer to the crisis – unlike the SEISS, the loan will need to be paid back, but the length of time to do so has been increased by the government from five to 10 years. The deadline for applications has also been extended to 31 January 2021, and those that have already applied for a loan can top up their existing facility to the full £50,000 of the government-guaranteed scheme.

But some would like to see the government go further, calling for a second scheme that would offer a further £50,000. Kirsty McGregor, founder of The Corporate Finance Network, says: ‘We are calling for the government to bring back bounce back loans for SMEs who are now facing a prolonged economic crisis. We believe a second scheme must match the original and offer a second loan of up to £50,000.

‘Many microbusinesses relied on this scheme when they weren’t considered viable for the Coronavirus Business Interruption Loan Scheme (CBILS). The scheme was introduced to support them through a few months, but as this uncertainty has now continued into many more months, those initial loans have been spent. If they could apply for a further loan, this may support those smaller businesses who still wish to be able to trade out of this crisis but may not have been able to access any other grants or furlough.’

Glenn Collins, head of technical advisory at ACCA agrees. ‘We are in exceptional circumstances and need a Bounce Back 2.0.’

Collins adds that the current system, which excludes many self-employed workers and company directors from government support, is ‘fundamentally unfair’. He believes HMRC should be able to review directors’ tax returns and see whether they need help. ‘If the government is worried about fraud, then they could call upon tax agents for confirmation of income,’ he says. ‘We are not talking about multimillionaires here, they should be treated the same as anyone else that is self employed.’