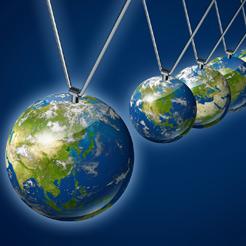 The UK’s overseas territories and crown dependencies have been accused of harbouring tax havens and accounting for nearly a third of corporate tax avoidance risks globally, according to analysis by Tax Justice Network

While the UK itself is ranked at 13, the top three jurisdictions contributing the most to corporate tax avoidance are the British Virgin Islands (BVI), Bermuda and the Cayman Islands, all of which have ties to the UK. Jersey is ranked at number seven, and the Bahamas at number nine.

Tax Justice Network said the UK, plus UK-linked jurisdictions, accounted for a third of all tax avoidance risk, four times more than the next greatest contributor, the Netherlands, which accounts for less than 7%.

Nearly 14% of foreign direct investment reported by the International Monetary Fund (IMF) – over $6 trillion (£4.7 trillion) – is booked in the UK network, where the lowest available corporate tax rates averaged 1.73%.

Eight of the 10 jurisdictions identified as the highest risk corporate tax havens were part of the UK network: BVI, Bermuda, Cayman Islands, Isle of Man, Turks and Caicos, Anguilla, Jersey and Guernsey.

The group also claimed the UK is one of the top three countries, along with France and the United Arab Emirates (UAE), which used double tax treaties to aggressively lower low income countries’ withholding tax rates.

The report highlights the so-called ‘axis of avoidance’, comprising the UK, with its corporate tax haven network, Netherlands, Switzerland and Luxembourg, which dominate the top of its index. Together, they are responsible for half of the world’s corporate tax avoidance risks.

These four jurisdictions account for 40% of foreign direct investments reported by the IMF, valued at $18 trillion, which on average have offered corporate tax rates of 3% or less.

Alex Cobham, chief executive at the Tax Justice Network, said: ‘The hypocrisy revealed by the Corporate Tax Haven Index is sickening. A handful of the richest countries have waged a world tax war so corrosive, they’ve broken down the global corporate tax system beyond repair.

‘To curtail the corporate tax avoidance that costs hundreds of billions of dollars every year, governments must finally deliver international rules that ensure profits are declared, and tax paid, in the places where real economic activity takes place. Corporations should be taxed where their employees work, not where their ledgers hide.’

Tax Justice Network is calling for governments to use its index to evaluate their vulnerabilities to corporate tax avoidance risk, both internal and from other countries, and identify opportunities for minimising their exposure.