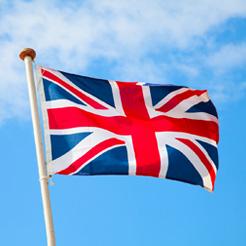 The latest analysis from European Securities and Markets Authority (ESMA) shows that only six national competent authorities (NCA) including UK, Belgium, France, Italy, the Netherlands and Portugal, were compliant in at least four of the six assessment areas.

The ESMA peer review assessed all 31 national competent authorities in six areas to evaluate the effectiveness of their suspicious transactions and order reports supervision under the Market Abuse Regulation (MAR), which were introduced in 2016 to improve reporting.

ESMA identified a significant increase in suspicious transaction and order reporting, and said that national supervisors must do more to ensure all financial participants crack down on market abuse.

In 2018 national competent authorities received 11,130 suspicious transaction reports up from 10,653 in 2017. This compared to only 4,634 reports during the final year of the previous 2003 market abuse directive.

However, when the number of reports sent by the UK is removed from the overall figures, the numbers for the remaining member states were significantly lower at 457 in 2018 and 154 in 2017. It is worth noting that the UK represents more than 60% of the equity trades in the EU which accounts for some of the difference in figures.

In addition, in 2018, there were 1,560 notifications of alleged market abuse, such as consumer complaints and whistle blower reports.

The majority of national competent authorities failed to comply with the rules.

The ESMA report said 11 countries were partially compliant in terms of supervision including Austria, Bulgaria, Greece, Iceland, Ireland, Latvia, Liechtenstein and Luxembourg, while Cyprus, Norway and Romania were described as non-compliant.

A number of countries failed to enforce the rules effectively with Cyprus and Liechtenstein singled out for poor-quality or suspected non-reporting of suspicious transactions and order reports and associated enforcement actions.

In all cases of less than full compliance, ESMA identified a number of improvements targeted at individual authorities.

They should also enhance their focus on suspected non-reporting/poor-reporting of suspicious transactions and order reports including, where appropriate, enforcing and sanctioning non-compliance.

Steven Maijoor, ESMA chair, said: ‘Suspicious transactions and orders reporting is an important tool to fight market abuse. Both regulators and market participants need to play their role when it comes to detecting and reporting suspicious activity to support the prevention or investigation of market abuse.

‘Our review highlights good examples of national competent authorities supervision and enforcement of suspicious transactions and order reports requirements. However, we need to make further progress in ensuring firms’ compliance and in challenging poor-quality reporting.’