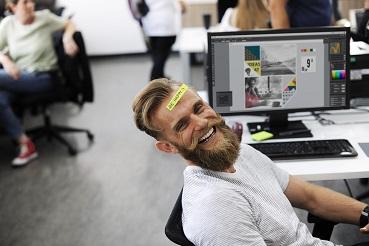 The UK’s digital tech businesses are positive about tax compliance but struggle with the complexity of some requirements, notably VAT and employment taxes, according to HMRC research

The department commissioned a survey into the sector’s views on tax arrangements. It was based on 50 qualitative interviews, undertaken by Ipsos MORI in June 2017, in response to anecdotal evidence suggesting that many digital tech businesses appear to differ significantly from the more traditional business models that HMRC is used to dealing with.

The challenges include a high proportion of start-ups; unorthodox ownership, employment and remuneration arrangements; very rapid growth, failure and restructuring cycles; and different types of ‘agents’ advising the businesses.

Estimates indicate that around 1.56m jobs exist in the UK digital economy and that their combined turnover stands at £161bn.

The findings suggest that digital tech businesses typically have a long development phase, often lasting several years, in which they do not expect to be profitable.

Remuneration was therefore often structured around the need to retain staff, rather than being formulated specifically in a tax-efficient manner. There were various examples of salaries being paid below the perceived market rate at start-ups, so retaining staff in competition with larger businesses and their more attractive salaries was outlined as a challenge.

There were instances of more established businesses offering share options in addition to salaries, with enterprise management incentives mentioned as a popular choice. Tax was typically not an overt consideration for offering shares – rather, they were felt to compensate for lower wages, reward employees’ time and contribution to the business, and to give key members of staff strategic input into the business. Smaller businesses tended not to offer shares because the business was already run by those committed to the business – thus reducing the need for loyalty incentives.

Across interviews, digital tech businesses often mentioned VAT and payroll taxes being the more difficult parts of their tax processes, and some felt the tax systems around these were not designed with digital start-ups in mind.

For certain businesses, which tended to be those struggling to secure funding or to establish a reliable customer base, regular payments such as employer’s National Insurance (NI) and VAT made it difficult to manage cashflow.

VAT was also mentioned as adversely affecting competition, with e-book and digital media and entertainment businesses citing instances where certain books are VAT-free whereas digital sales are subject to the 20% rate.

The seed enterprise investment scheme (SEIS) and the enterprise investment scheme (EIS) were particularly well received by businesses in the sector, who reported that it was not unusual for potential investors to ask whether the scheme could be used as one of their first questions. In addition, the application process was felt to be relatively straightforward, which was especially important for typically time-poor businesses.

In particular, those operating in entirely new markets felt that without these reliefs, they would not have gained the investment they needed to develop their product or service. Businesses who had used the schemes felt that the thresholds should be raised in order to be more in line with what it realistically takes to build a digital tech business.

However, the complexity of applying for R&D tax relief was cited as a criticism by those who had used it, with founders feeling they could not navigate the process themselves. Consequently, businesses would outsource the process to their accountant or a specialist R&D, at a cost.

Despite this, respondents noted the array of tax reliefs available and the impact they had on businesses contributed to the UK being seen as a supportive environment, including by those with experience of setting up businesses in other countries.

As regards tax compliance, three broad perspectives emerged. The first was that tax requirements were important, but the associated complexity meant there was greater scope for errors.

Given time pressures, particularly on start-ups with few staff, the research found accountants appear to have an important communications and guidance role, particularly amongst new businesses, and are relied upon to alert business owners to available support and to apply for reliefs on their behalf.

82% of businesses want an expansion to Making Tax Digital