UK continues to refuse to cut VAT on e-books 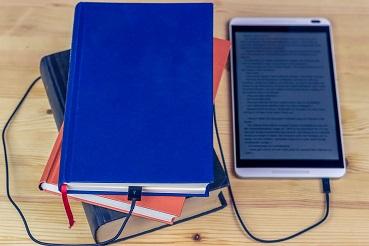 The UK continues to charge VAT on e-books, audio books and online newspapers despite changes to EU VAT rules introduced last year and since adopted by a growing number of member states

The EU Economic and Financial Affairs Council (Ecofin) adopted proposals in October 2018 to amend the VAT Directive (2006/112) to eliminate the distinction between print and digital publications. This allows member states to reduce or even eliminate VAT on electronic publications to establish parity with print publications which are zero-rated.

Since then, twelve member states plus Norway have cut, or announced plans to cut, the rate of VAT on electronic publications. Germany is the most recent country to do so, confirming it will reduce VAT on e-books and other media from 19% to 7%, possibly as early as 1 January 2020.

Norway, which is outside the EU but is part of the European Economic Area, has bucked the trend and set its rate at 0%.

VAT on electronic publications has been described as a ‘tax on reading’ and has been consistently challenged by the publishing industry.

Globally, VAT (also known as GST, general sales tax, in some countries) treatment of books and e-books varies widely. Only 22% of countries apply the standard rate of VAT to printed books while 69% apply standard VAT to e-books, according to figures from the International Publishers Association. The average rate of VAT/GST on printed books is 5.75% compared to the average for e-books of 12.25%. In Europe, Denmark applies the highest VAT rate on printed books (25%) while Hungary has the highest VAT rate on e-books (27%).

Richard Asquith, VP of global indirect tax at VAT technology firm Avalara, expressed disappointment that the UK had not reduced VAT on e-books. ‘David Cameron included the freedom to set VAT rates on e-books, tampons and other products as a pre Brexit referendum demand. Now the UK has that freedom for e-books, it’s not using it,’ he said.

But he added, ‘A cut in the UK would cost around £200 million per annum. The Chancellor is weary of any special handouts as we head towards the 31 October Brexit date. He’ll want to keep any reserves held back for the huge stimulus package that will be required if there is no-deal.’

A Treasury spokesperson told Accountancy Daily, ‘We keep all taxes under review. Any amendments to the VAT regime would have to be carefully assessed.’