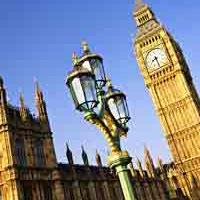 This means that the tax code has increased by a third in only seven years, creating complexity and constantly changing tax reliefs, which hampers business growth.

Izza, led the call for an overhaul of the system, which he criticised for being among the ‘most complex in the world’.

He further slated the way the code has increased in size, even though the Chancellor George Osborne vowed he would simplify tax legislation when he took office in May 2010. However, the creation of the Office for Tax Simplification (OTS) has not resulted in any sizeable reduction in the volume of the current tax code.

‘One finance bill after another becomes the biggest we’ve ever seen. Members of the ICAEW believe the tax system is not working at its optimum. The OTS has had a good start, but it is not properly resourced, has insufficient personnel and has been restricted from working on certain things,’ said Izza.

CBI tax committee chairman, Will Morris, raised the issue of the cuts to staff at HMRC after a Public and Commercial Services Union (PCS) representative, Cathy Cross, drew attention to staff cuts from 92,000 in 2006 to the current 62,000. She added HMRC expects to have its staff reduced to 52,000 by 2016.

‘We’ve made it clear that we think that cutting HMRC is not a good thing. If people don’t think HMRC is working and trust in the tax system breaks down then we are in a lot of trouble,’ Morris warned.