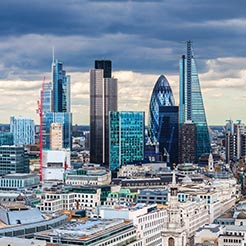 The study revealed that 61 out of the 100 audit committee chair positions at the highest level of corporate UK are held by someone who previously worked for at least one of the Big Four firms – Deloitte, EY, KPMG and PwC – or one of their predecessor firms.

Not only that, but a similar proportion (64%) of CFOs are eligible to join one of the Big Four alumni programmes, while a further 15% of board chairs have a similar background.