With US technology giants in the sights of any digital services tax, investigation could see a new tariff war launched against many countries including the UK, writes Avalara’s Richard Asquith 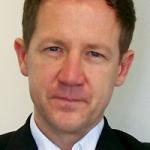 The US is threatening to disrupt the fragile progress being made on global tax resettlement talks among 140 countries at the Organisation for Economic Cooperation and Development.

On 2 June, the Trump administration launched formal investigations into Digital Services Taxes (DSTs) being introduced by the UK, Spain, Austria, the Czech Republic, Brazil, India, Indonesia, Turkey and others. If the investigation does find against the taxes, retaliatory tariffs would follow, potentially before the end of the year.

The inclusion of the UK 2% DST, introduced from 1 April 2020, in the investigation is awkward timing as post-Brexit trade-deal talks with the US started only last month.

The US inquiry comes as the Covid-19 pandemic puts huge economic pressures on countries to raise taxes. DST and other hastily drawn-up tax schemes are being accelerated through parliaments, threatening to undermine global trade.

The US Trade Representative investigation will look at the unfair and discriminatory elements of the proposed DST on US companies. It is based on President Trump’s concerns that major trade partners are adopting the turnover taxes on digital advertising and data services to directly target US digital media businesses such as Google, Facebook, Amazon and Apple.

An earlier probe into France’s DST found it was biased against US tech businesses, and the US will impose retaliatory tariffs if the French begin to collect the tax.

In particular, the US is upset by relatively high turnover thresholds before the DSTs start to be imposed. Many are around €750m (£675m) in annual revenues, which would keep most EU native digital companies out of the tax net. Even EU trade law may consider this as tax discrimination or as illegal back-door state aid.

A similar presidential probe into Chinese trade practises resulted in threats of almost $500bn (£397bn) in trade tariffs and an eventual climbdown by the Chinese.

The UK, France and over half European states had agreed to slow down the imposition and collections of their DSTs while talks about a new global digital tax regime were championed by the OECD among 140 countries. The EU has put on the backburner its own proposal for a 3% DST on gross revenue from digital services.

Currently, Austria, France, Hungary, Italy, Turkey, and the UK have introduced a DST. The Czech Republic, Belgium, Slovakia, and Spain have published plans. Poland has recently published a special video-on-demand turnover tax targeting Netflix. While they are roughly based on the EU model, there are significant differences in the scope of taxable supplies.

Rates vary, too: the UK comes in with the lowest rate at 2%; Turkey is proposing a 7% levy.

The digitisation of the world economy has created an opportunity for online consumer tech giants to bypass the existing global tax system. It is widely accepted that the international tax system needs reform to reflect the 21st Century digital world, and this has been progressing under the supervision of the OECD.

The proposal being discussed now would require multinational businesses to pay some of their income taxes where their consumers or users are located. The talks have two pillars: how to tax multinationals across borders; and setting a global minimum tax rate limiting how low country rates could be set.

However, Covid-19 distancing restrictions, and the distraction of the crisis, has slowed down negotiations to just exchanges on technical issues. According to the OECD, however, an agreement is still within reach in 2020 following an October summit.

If this deadline is met, then France, the UK and others have made clear that they will start tax collections.

Countries are frantically seeking new tax sources to underpin their inflating deficits in the midst of the Covid-19 health and economic crisis. Governments are particularly concerned about keeping financial markets reassured. This coincides with public resentment at global tech companies seemingly able to lawfully dampen their tax bills by shifting their revenues and assets across ill-coordinated tax jurisdictions.

This has exposed a global free-for-all on tax policy as states seek to use it to attract and retain international investment.

While the US launches this new global DST probe, and publicly toys with import taxes or fiscal incentives to bring production home, it is being met by a range of Covid-driven levies targeting its businesses selling internationally. Many are rushed; showing signs of poor design or lacking details for businesses to understand their liabilities.

The imposition of value added tax (VAT) on ecommerce and digital services selling to foreign consumers makes up the first line of attack. Countries like Indonesia, Mexico and the Philippines are imposing VAT on foreign electronic services providers such as Netflix in the next few months.