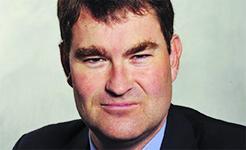 Treasury financial secretary David Gauke has been promoted to chief secretary to the Treasury in PM Theresa May's new cabinet as local government and communities minister Greg Clark has been handed the post of secretary of state for business, energy and industrial strategy replacing Sajid Javid in the newly expanded business department

For the last two years Gauke has been financial secretary to the Treasury working closely with former Chancellor George Osborne who resigned from the cabinet yesterday.

The confirmation that Gauke will remain at Treasury follows Philip Hammond’s appointment as Chancellor. Gauke has also been appointed to the Privy Council.

Gauke has been a strong advocate of reducing corporation tax rates and has also been instrumental in the clampdown on aggressive tax planning by multinationals. He is also heavily involved in the major plans to digitise all HMRC tax transactions with the introduction of digital tax accounts for individual and all business taxpayers, bar the largest UK companies. There has been criticism that the introduction of the new accounts has been rushed with consultations delayed and this will be a priority in terms of immediate tax policy.

In his new role, Gauke will be responsible for public expenditure including:

Clark spent little over a year in-post as minister for local government and communities, having been appointed in May 2015. He was previously minister for science, universities and cities between July 2014 and May 2015.

Elsewhere in the Treasury, Damian Hinds keeps his role as Exchequer secretary, while Harriett Baldwin also stays on as economic secretary.

Other key appointments include:

Leader of the House of Lords - Baroness Evans

Cresswell promoted to COO at ITV