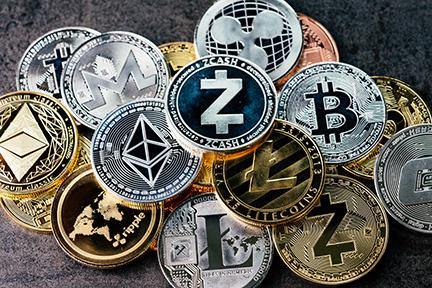 The Treasury has kicked off a consultative process on proposals for a new regulatory approach to cryptoassets and stablecoins, with a three-month call for evidence from industry and stakeholders

The initial consultation is designed to gather views on how the UK can ensure its regulatory framework is equipped to harness the benefits of new technologies, supporting innovation and competition, while mitigating risks to consumers and stability.

Additionally, it includes a call for evidence on investment and wholesale uses of cryptoassets, and the broader use of distributed ledger technology (DLT) in financial markets.

The consultation says the government proposes to maintain the FCA’s broad approach to classification as far as possible, in order to provide continuity and clarity for market participants. This has three broad categories: e-money tokens, security tokens and unregulated tokens.

However, the government is considering whether a new category of regulated tokens may be needed – stable tokens.

This category would refer to tokens which stabilise their value by referencing one or more assets, such as fiat currency or a commodity (ie, those commonly known as stablecoins) and could for that reason more reliably be used as a means of exchange or store of value.

The category would also include other forms of tokenised payment and settlement assets, as well as tokenised forms of central bank money.

The overarching aim is to maintain the current division of UK regulator responsibilities as far as possible, while applying the principle of ‘same risk, same regulatory outcome’ and ensuring the approach is agile and able to reflect international discussions.

The consultation asks for views on the proposals, on which elements should be prioritised and on areas where there may be tension between them.

The government is proposing an approach to cryptoasset regulation under which firm requirements are designed and implemented by the independent regulators, using agile powers to issue rules or codes of practice, within a framework of objectives and broader considerations set by the Treasury and Parliament.

In practice, this means that the Treasury will not seek to specify detailed firm requirements through legislation.

Instead, the government aims to define the scope of the regulatory perimeter and the objectives and principles applicable under that new regime.

The consultation asks for views on the regulatory perimeter, and on the extent to which the UK’s approach should align to those in other jurisdictions.

The document points out that the size of the UK cryptoassets market is still relatively small, but rapidly growing, while many participants are SMEs and start-ups.

The government is therefore considering an approach in which the use of currently unregulated tokens and associated activities primarily used for speculative investment purposes, such as Bitcoin, could initially remain outside the perimeter for conduct and prudential purposes.

At the same time, these would be subject to more stringent regulation in relation to consumer communications via the financial promotions regime (if adopted) and anti money laundering/countering terrorist financing regulation. Utility tokens - those used to access a service - would also remain outside the authorisation perimeter.

However, the consultation says that stablecoins are different, as they are linked to other currencies.  The government therefore proposes to first introduce a regulatory regime for stable tokens used as a means of payment. This would cover firms issuing stable tokens and firms providing services in relation to them, either directly or indirectly to consumers.

To a longer timetable, the government will consider the case for bringing a broader set of cryptoasset market actors or tokens into an authorisation regime.

As set out, the government’s proposal is the FCA would authorise and supervise firms – both stable token issuers and relevant service providers – where they carry on certain regulated activities.

Due to the digital, decentralised and cross-border nature of stable tokens, the government and UK authorities are considering whether firms actively marketing to UK consumers should be required to have a UK establishment and be authorised in the UK.

The consultation also seeks views on DLT. While the benefits of DLT could lead to more efficient trading, clearing or settlement, it is also possible that the creation of new intermediaries could create greater fragmentation within the existing ecosystem.

Finally, the consultation looks at decentralised finance (DeFi). DeFi platforms take the form of decentralised apps (dapps) which are not controlled by a central authority.

These dapps use a series of smart contracts to automate transactions, facilitating peer-to-peer lending, borrowing or trading with financial instruments on a permission less network including, for example, platforms that enable users to earn interest on their tokens by connecting token holders to other borrowers.

The consultation closes on 21 March.

Separately, the FCA has issued a warning to consumers of the risks of investments advertising high returns based on cryptoassets, highlighting that these involve considerable risk and that consumers should be prepared to lose all their money.

Since 10 January 2021, all UK cryptoasset firms must be registered with the FCA under regulations to tackle money laundering. Operating without a registration is a criminal offence.

The regulator said it has concerns about high-return investments based on cryptoassets in a number of areas.

These include consumer protection, as some investments may not be subject to regulation beyond anti-money laundering requirements; price volatility; product complexity; difficulties in converting cryptoassets back into cash; firms’ charges and fees; and misleading marketing materials.

UK regulatory approach to cryptoassets and stablecoins: consultation and call for evidence