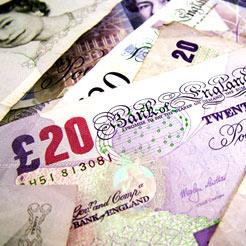 The government has announced that it is not going to proceed as planned with the abolition of Class 2 national insurance contributions (NICs), which was originally scheduled for April 2018, then delayed to April 2019

Canning the NIC change will save the government £360m a year. The move was originally proposed by George Osborne while he was Chancellor and was intended to simplify the tax system for the self-employed and offer them more equal access to contributory benefits.

Ahead of the planned 6 April 2018 implementation date, in November 2017 the Treasury announced it had delayed the abolition of Class 2 NICs by a year until 6 April 2019.

Now Robert Jenrick, Exchequer secretary to the Treasury, has made a written ministerial statement in which he stated that the government will not proceed with the Class 2 NICs changes, after reviewing evidence concerned the impact on self-employed individuals with low profits.

Jenrick said: ‘A significant number of self-employed individuals on the lowest profits would have seen the voluntary payment they make to maintain access to the state pension rise substantially.

‘Having listened to those likely to be affected by this change we have concluded that it would not be right to proceed during this parliament, given the negative impacts it could have on some of the lowest earning in our society.

‘Furthermore, it has become clear that, to the extent that the government could address these concerns, the options identified introduce greater complexity to the tax system, undermining the original objective of the policy.’

In outline, Class 2 NICs were to be abolished and Class 4 contributions reformed to include a new threshold, to be called the small profits limit.

All those with profits at or above the Class 4 small profits limit would gain access to the new state pension, contributory employment and support allowance (ESA) and Bereavement Benefit.

Those with profits above the lower profits limit would continue to pay Class 4 contributions.

Estimates suggested the change would save over three million self-employed people an extra £130 annually if they made a profit of £6,205 or more a year, but potentially raised payments for 300,000 earning less than £6,000 each year.

Abandoning the plans will see an additional £360m in the Treasury’s coffers for each of the three years to 2021, based on the original impact assessment.

‘Class 2 NICs is a regressive levy that indiscriminately hits sole traders and makes life even tougher for those who are hard-up. Once you’ve reached a minimal income, there’s no tapering or means testing in place at all.

‘As things stand, you can be earning below the living wage and still paying two sets of NICs as a self-employed person.

‘We are speaking urgently with the Treasury to discuss new measures that can be put in place to support the self-employed, such as around skills and training,’ he said.

Jenrick said: ‘The government remains committed to simplifying the tax system for the self-employed, and will keep this issue under review in the context of the wider tax system and the sustainability of the public finances.’

Jenrick also confirmed that the government still intends to legislate for reforms to the NICs' treatment of termination payments and income from sporting testimonials, which were set out in the draft NICs Bill published on 5 December 2016.

‘These are important changes to ensure the NICs treatment is consistent with the treatment of income tax in previous Finance Acts. We will set out further details in due course,’ he said.

Andy Chamberlain, IPSE’s deputy director of policy, said: ‘This decision to backtrack on a pledge to abolish Class 2 NICs – a awkward levy which applies only to the self-employed – is a fundamental breach of faith with the sector.

‘Combined with other disastrous policies such as the planned extension of damaging IR35 reforms to the private sector and talks about lowering the VAT threshold, this latest decision serves only to stifle the UK’s self-employed workforce.

‘The government should be finding ways to help the UK’s 4.8 million self-employed people. They could do this by sticking to their promises and removing burdensome tax mechanisms such as Class 2 NICs.’

The decision is also likely to hit lowest earners the hardest.

Looking forward to the Autumn Budget, there are concerns that the Chancellor Philip Hammond will take the opportunity to raise NICs' rates.

Heather Self, a partner at Blick Rothenberg said: ‘While this saving will help the Chancellor's coffers, he still has a lot of money to find to address the NHS funding shortfall, and may well raise NIC on self-employed earners in his Autumn Budget, even though that will be unpopular with many small businesses.

‘He has to find £20bn from somewhere and labelling a rise in NIC as “paying more to save the NHS” is likely to sugar the pill.'

Abolition of Class 2 NICs delayed by a year