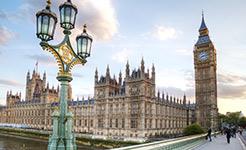 England is to return to regional tiered approach to controlling the spread of coronavirus once national lockdown ends next week, with most of the country facing tough measures limiting social and business activity

Health secretary Matt Hancock announced that from December 2, restrictions put in place during the lockdown period will be eased.

This means the stay-at-home requirement will end.

Non-essential retail, gyms, personal care will reopen, as will the wider leisure and entertainment sectors will also reopen, although to varying degrees.

Communal worship, weddings and outdoor sports can resume, and people will no longer be limited to seeing one other person in outdoor public spaces, although the level of mixing allowed varies.

As before, local authorities will be put into one of three tiers, each with its own specific restrictions, but the requirements will be stricter than previously, particularly with regards to pubs and bars.

The toughest restrictions will apply in many areas of the north, including Manchester, Hull and Newcastle, as well as Birmingham, Bristol, Kent, and most of Yorkshire.

London and Liverpool have both been placed in tier 2, which will impact the hospitality sector in the capital in the run-up to Christmas.

In tier 1, the government will reinforce the importance that, where people can work from home, they should do so. The rule of six applies everywhere, indoors and out.

In tier 2, hospitality settings that serve alcohol must close, unless operating as restaurants. Hospitality venues can only serve alcohol with substantial meals. The rule of six applies outdoors but there is no household mixing anywhere indoors.

In tier 3, hospitality will close except for delivery, drive-through and takeaway, hotels and other accommodation providers must close (except for specific exemptions, such as people staying for work purposes, where people are attending a funeral, or where they cannot return home) and indoor entertainment venues such as cinemas, theatres and bowling allies must also close. People can only meet other households in outdoor public spaces like parks, where the rule of six applies.

The decision as to which tier an area enters will be determined on the basis of the case detection rates in all age groups; detection rates in the over 60s; the rate at which cases are rising or falling; the number of positive cases detected as a percentage of tests taken; and the pressure on the NHS locally.

Under the regulations, the government is required to review the allocations every 14 days, with the first review complete by the end of 16 December.

From 2 December, 98% of the country will be in tier 2 or tier 3, with just Cornwall, Isle of Wight and Isles of Scilly placed in tier 1.

The government website offers a postcode checker so people can verify which tier their area falls into.

‘While the strategy remains the same, the current epidemiological evidence and clinical advice shows that we must make the tiers tougher than they were before to protect the NHS through the winter and advert another national lockdown’, Hancock said as he addressed the House of Commons.

Hancock added: ‘These decisions are not easy, but they are necessary.’