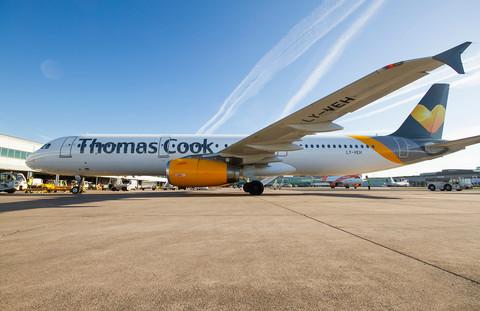 The collapse of Thomas Cook cost the government at least £156m, and has severely compromised the ability of the travel industry’s own compensation fund to cope with another operator’s failure, the National Audit Office (NAO) warns

The NAO report, which was produced before the coronavirus epidemic took hold, cautions the government could face further costs if another travel company collapses in the near future.

The Civil Aviation Authority (CAA) estimates the Air Travel Trust Fund will pay out its largest amount ever, some £481m, to cover the total exposure of the Thomas Cook repatriation.

It has told the NAO that this means once all costs arising from the collapse of Thomas Cook have been met, there will be relatively limited resources left in the fund.

Should another Air Travel Organisers’ Licensing -licensed company collapse and costs cannot be met from the fund, the government has agreed to stand behind the Air Travel Trust Fund.

When Thomas Cook collapsed in September 2019 the Department for Transport (DfT) instructed the to repatriate all 150,000 passengers and is reimbursing the Civil Aviation Authority for the cost of repatriating those passengers not covered by the Air Travel Organisers’ Licensing scheme.

At that time an estimated 40% of Thomas Cook passengers were thought not to have ATOL protection, although in February 2020 this proportion was revised upwards to 55%, increasing the costs to government by £22m.

The Department for Transport has agreed to pay an estimated £83m towards the total cost of repatriation, but the NAO says the final cost may not be known for some time as, for example, the Civil Aviation Authority will continue to receive for some months invoices for leasing planes, ground handling charges, and other services, with a proportion of these costs falling to government.

In November 2019, the government announced that it will also set up a scheme to make ex-gratia payments to Thomas Cook personal injury claimants facing the most serious hardship as a result of injuries or illness while on their holiday. The estimated cost of this is still uncertain.

At the time of its collapse, Thomas Cook was managing many personal injury claims from customers. The company had not insured itself for these claims and it is unlikely that the sale of Thomas Cook assets will raise enough to cover their cost.

In 2017 and 2018, the company made provisions for illness claims of £24.4m and £18m respectively, although the company did not record its exposure to such claims.

In December 2019 the government announced plans for new legislation to address airline insolvency, which amongst other things, aims to introduce a special administration regime for airlines to support passengers’ needs post-insolvency and to keep their aircraft fleet flying long enough for passengers to be repatriated. The legislation also aims to improve protection for consumers and protect the interests of the taxpayer.

Thomas Cook in liquidation with 21,000 jobs at risk