Third of FTSE board positions held by women 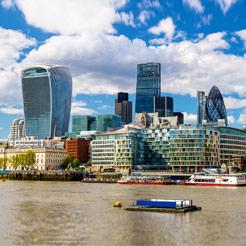 More than a third (34.3%) of FTSE 350 board positions are now held by women with numbers rising from 682 to 1,026 in five years, final Hampton-Alexander Review report reveals

FTSE 100, 250 and 350 businesses all reached the target of women making up 33% of boards by the end of 2020, highlighting the success of the government’s voluntary, business-led approach. This figure is up 12% since the monitoring started in 2015, representing a dramatic shift in representation at the very highest levels of British business.

The data has been published in the final report from the government-backed Hampton-Alexander Review, which was launched in 2016 to encourage UK-listed companies to appoint more women to their boards and into senior leadership positions.

While men still dominate the upper ranks of the UK’s listed companies, in five years the Review has seen significant progress among FTSE companies.

In total, 220 of the FTSE 350 companies now meet the Hampton-Alexander target of having at least 33% of their board positions held by women - with the figure having quadrupled from just 53 in 2015, and there are no longer any all-male boards in the FTSE 350.

For the first time, the FTSE 100 has two companies with more women represented on their board than men: Diageo (60%) and Severn Trent (55.6%).

The latest company to address the diversity issue and its all-male board was FTSE 350 Aston Martin Lagonda Holdings, which made a female board appointment in late January this year.

Reported numbers for Women on Boards of FTSE 350 from Source - BoardEx, compared with 2019, shows:

The figures also show an increase in women in wider senior leadership roles, demonstrating that Hampton-Alexander’s top-down approach - with boardrooms setting the standards for women’s representation across the company - is providing pathways to success for women and ultimately supporting British business to strengthen leadership with new ideas and diverse perspectives that come from more women in senior positions.

Business secretary Kwasi Kwarteng said: ‘FTSE companies have made incredible progress in recent years, but we cannot become complacent in building a society where everyone has an opportunity to get on and succeed.

‘As we look to build back better from the pandemic, it’s important businesses keep challenging themselves to use all the talents of our workforce and open up the top ranks for more, highly-accomplished women.’

The number of ‘One & Done’ boards – with only one woman – has fallen from 116 in 2015 to just 16. Moving forward, all businesses should be pushing themselves to move beyond tokenism, and ensure even more women are getting into the highest ranks.

While women make up more than a third of those in senior leadership positions, the Review found that significant progress still needs to be made on the highest executive roles, such as CEO, and the Review will reflect on these findings in order to chart a way forward.

Hampton-Alexander Review chair, Sir Philip Hampton said: ‘There’s been excellent progress for women leaders in business over the last 10 years or more, with boards and shareholders determined to see change. The progress has been strongest with non-executive positions on boards, but the coming years should see many more women taking top executive roles. That’s what is needed to sustain the changes made.

While board diversity has improved, there is still work to be done to achieve more diverse leadership teams. ‘The lack of women in the boardroom is where it all started a decade ago, and it’s the area where we have seen the greatest progress. But now, we need to achieve the same - if not more - gains for women in leadership,’ said Hampton-Alexander Review CEO, Denise Wilson. ‘The supply of capable, experienced women is full-to-over-flowing. It is now for business to fully-utilise a talent pool of educated, experienced women, to their own benefit and that of the UK economy.’

Mary O’Connor, acting senior partner at KPMG UK, said: ‘It’s hard to believe that as recently as 2011, 43% of the FTSE 350 still had all-male boards. Thankfully the representation of women on boards and in leadership positions has significantly improved in recent years, with this review having played a critical role in realising that.

‘Achieving the review’s 33% target at boardroom level marks great progress, but it’s vital we have a strong pipeline of female talent rising the ranks. While women now make up nearly a third of wider senior leadership roles, structural and cultural barriers still exist for women, as well as other underrepresented groups. Our collective efforts to truly eradicate those barriers and create an inclusive leadership culture doesn’t stop here, this is where it intensifies.’

Minister for women, Baroness Berridge, said: ‘I want to thank all those companies that have shared their best methods of retaining and promoting talented women in their workforce. Getting women into senior positions can be vital for a company’s success, and we want to see more of it as part of the UK’s Covid-19 recovery. It also makes good business sense, with companies in the top 25% for gender diversity on their executive teams also 25% more likely to have above-average profitability.’

Four in 10 FTSE 100 board directors are women