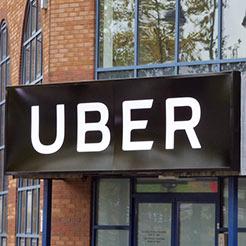 The opportunities offered by the gig economy should be protected, while ensuring fairness for those who work in it, according to the Taylor Review into working practices

In a speech in central London, Matthew Taylor, chief executive of the Royal Society of Arts, set out seven recommendations to ensure ‘decent work for all’. Chief among them is additional protections for workers and stronger incentives for employers to treat them fairly.

Taylor also suggests clarifying the distinction between workers, which he recommends renaming ‘dependent contractors’, and those who are self-employed.

Companies such as Uber, Deliveroo and Hermes, among others, have been in the spotlight over their employment practices. Typically, these companies engage with workers on a self-employed basis, allowing them to save on national insurance and other costs, while the companies say the arrangement affords workers freedom and flexibility to work when they want.

Last week, Deliveroo said it would pay sickness and injury payments benefits to its 15,000 UK riders if the law is changed. At present the law prevents it from offering enhanced rights because it classifies its riders as self-employed.

The report found the way the law is publicised and enforced should ‘help firms make the right choices and individuals to know and exercise their rights’. It adds that although there are some things that can be done to improve working practices for employees, the ‘employment wedge’ (the additional, largely non-wage, costs associated with taking someone on as an employee) is already high and increasing it further should be avoided.

The best way to achieve these ends, Taylor argues, is through better corporate governance rather than national regulation.

On the National Insurance (NICs) regime, the report found the current regime is 'not justified or sustainable'.

‘Currently, the different rates of NICs in particular mean that the UK system of taxing labour is not neutral. A self-employed person doing the same work as an employed person can pay a different amount of tax or National Insurance despite receiving similar contributory benefit entitlements in return,’ the report added.

The Chancellor Philip Hammond attempted to remove the discrepancy by increasing class 4 NICs in the Budget in March 2017, but was forced into a U-turn a week later after a public outcry.

Among the other recommendations made by Taylor are greater provision of formal and informal learning opportunities and on-the-job and off-the-job activities; a more proactive approach to workplace health; and ensuring workers in low-paid sectors are not stuck at the National Living Wage, facing insecurity.

Taylor said in his speech: ‘The review calls on the government to adopt the ambition that all work should be fair and decent with scope for fulfilment and development. Despite the impact of the National Living Wage and tax credits, there will always be people who are in work but finding it hard to make ends meet. Our social contract with those people should include dignity at work and the realistic scope to progress in the labour market.’

‘Bad work – insecure, exploitative, controlling – is bad for health and wellbeing, something that generates cost for vulnerable individuals but also for wider society. As many business leaders recognise, low quality work and weak management is implicated in our productivity challenge. Improving the quality of work should be an important part of our productivity strategy.

He added technological opportunities such as machine learning ‘must’ be embraced.

‘We should do so with the aim of making working lives better, taking away the drudgery and leaving the human contact and creativity that machines can’t provide,’ he said.