HMRC’s latest announcement about changes to the Liechtenstein Disclosure Facility (LDF) will hit those with a DOTAS–registered marketed avoidance arrangement the most, says Phil Berwick, partner and head of contentious tax at Irwin Mitchell

HMRC has announced the widest-ranging changes to the Liechtenstein Disclosure Facility (LDF) since that process was introduced in August 2009. There have been various revisions in that time, but the latest changes, announced by HMRC on 14 August, will have an impact on all potential users of the process.

HMRC has not changed the basic conditions of who is eligible to use the LDF, but there have been draconian changes to the terms that many participants will receive.

Taxpayers caught by the new rules will not be able to enjoy the restricted assessing period, the fixed (10%) penalty for years up to and including 5 April 2009, or the Composite Rate Option or Single Charge Rate (these can all provide significant financial advantages to the taxpayer). The taxpayer’s individual circumstances will determine to what extent the new restrictions apply.

It does not make sense to introduce such wholesale changes to a process that has been in existence for five years, and has less than two years before it closes to new registrations (5 April 2016). The LDF was not perfect, but it worked. All new cases being considered for the LDF will require a greater examination by the adviser, to establish whether all or part of the client’s disclosure is caught by the new provisions. That will add to the client’s costs. Hopefully, HMRC have anticipated that the changes will also require greater input from inspectors dealing with LDF work to establish the parameters for the full favourable terms in each case.

The changes have been brought in by HMRC to tackle what they perceive as abuse of the spirit of the LDF. This includes those who have already sought to gain an advantage by using what they regard as tax avoidance schemes. That would be bad enough, but the LDF goalposts have been moved for all potential LDF-users.

HMRC has added another requirement to obtain the full favourable terms, such that taxpayers will need to have a substantial relationship between the liabilities being disclosed and the qualifying asset.

The provisions raise numerous questions. If a taxpayer has legally sought to minimise their tax bill, and wants to regularise their tax affairs, why shouldn’t they be able to use the LDF and get the full terms? Why are they being treated worse than a tax evader who has been siphoning profits offshore for 20 years, or more?

The LDF is going to be a financial failure for HMRC; on present predictions it is likely to fall far short of the £3bn yield predicted in 2012

How much tax has HMRC effectively written-off because of the incredibly generous terms of the composite rate option (enabling significant tax liabilities to disappear under the LDF)? The questions could go on, but I am sure we won’t get any answers from HMRC.

The LDF is going to be a financial failure for HMRC; on present predictions it is likely to fall far short of the £3bn yield predicted in 2012 by Dave Hartnett, former permanent secretary at HMRC. Now is not the time for HMRC to place further hurdles in the way of taxpayers who wish to regularise their tax affairs.

Taxpayers who want to bring their tax affairs up to date using the LDF need to register for the process before HMRC changes its mind again, and makes further restrictions to the terms. The LDF still offers significant non-financial advantages, not least of which is immunity from prosecution for tax offences.

Practitioners need to be aware that the LDF can be used in almost any situation where there is a tax liability to regularise. The new provisions mean it is even more important for advisers to seek advice from an LDF specialist, so they can establish the extent to which the client may be able to benefit under the process.

With the new three month rule, where there is an open enquiry, practitioners should be seeking advice as soon as they receive the opening enquiry letter. Practitioners need to avoid the doomsday scenario where their client gets prosecuted (where, for example, they have failed to disclose), and the practitioner gets sued by the client for not advising that they could have used the LDF. 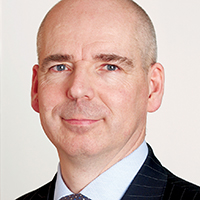