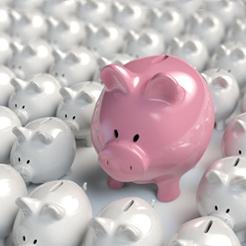 A record number of people withdrew funds from their pension pots in the first three months of the year, with 648,000 payments to 284,000 individuals, but problems remain with overpayments of tax, with £31.1m claimed in the first quarter of 2019

Overall, HMRC has paid back more than £433m to taxpayers since the introduction of pension freedoms in 2015, which allow pension savers to extract cash from their pensions rather than buy an annuity.

Individuals over the age of 55 are able to take income from defined contribution plans flexibility.  However, withdrawals above the 25% tax free amount are taxable at their marginal rate of income tax.

If the individual has already withdrawn money from their pension during the tax year, their provider will already have a tax code which reflects this. However, in most cases the provider will not have the correct tax code, so the individual’s withdrawals will be taxed using a higher rate emergency tax code.

This generally results in someone paying too much tax, which then has to be reclaimed.

Tom Barton, pensions partner at law firm Pinsent Masons, said: ‘Back in 2006, simplification was supposed to end the many horrors of pensions taxation. The promise of simplification never quite came true in practice even before pensions freedoms came along in 2015.

‘Those freedoms were a game-changer out of leftfield and a huge amount of pressure was placed on industry to make them work.

‘These latest figures, show that the tax rules themselves (and the associated systems and processes) need some more thought to protect those who want to make use of the flexibility.’

Wealth advisors AJ Bell warn the current figures are likely the tip of the iceberg, with figures from the Financial Conduct Authority suggesting around 150,000 pensions are accessed for the first time each quarter and are at risk of being overtaxed. By contrast, only 12,600 official reclaim forms were completed in the first three months of 2019.

The firm says an individual making a £10,000 withdrawal with no other taxable income could be hit with an unexpected bill of £2,958. Under HMRC’s ‘Month 1’ taxation approach to pension freedoms withdrawals, the first withdrawal is treated as being the first of 12. The usual tax allowances are therefore divided by 12 and applied to the withdrawal.

Tom Selby, senior analyst at AJ Bell, said: ‘It is now over four years since the pension freedoms were introduced and HMRC’s highly dubious tactic of hitting savers with an emergency tax charge on their first withdrawal still hasn’t been formally consulted on or reviewed.

‘Regardless of whether you think this is the right approach or not, this failure to properly consider a policy which impacts hundreds of thousands of savers is nothing short of a disgrace.

‘As is so often the case, the people most likely to be negatively impacted are the less wealthy who aren’t familiar with tax forms and can’t afford to pay for financial advice.’

An HMRC spokesperson said: ‘Nobody will overpay tax as a result of taking advantage of pension flexibility.

‘Individuals can claim back any overpayment due to an emergency tax code being applied immediately and we will repay this in 30 days.

‘Anyone who does not claim will be automatically repaid at the end of the year.’

Separate HMRC statistics show that the cost of pension relief is rising steadily and now stands at £20bn.