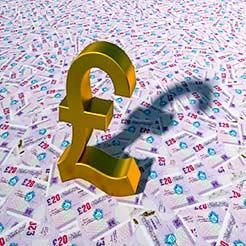 The biggest increases in the tax take from work benefits have hit company car drivers, employees with private medical insurance and a hike in tax on vans, as HMRC drills down on any potential additional revenue, according to analysis by UHY Hacker Young.

People driving company cars have seen 25% increase in their tax bills, which have risen from £1.5bn to 1.85bn in the last 12 months as the Chancellor Philip Hammond has pushed cars into higher emission tax bands.

The tax hit for ‘white van man’ have increased by 60% to £80m in 12 months, with a clampdown on the use of vans for non-work related errands and other journeys.

Andrew Snowdon, head of tax at accountancy firm UHY Hacker Young, said: ‘While the popularity of work perks may be falling, HMRC is collecting more tax from this area than ever.

‘Despite many employees not seeing a rise in the headline rate of tax in the last few years they are seeing an increase in these stealth taxes.

‘It seems that HMRC has an irresistible desire to tax job perks – everything from late night taxis home from the office through to gym membership or health checks are now taxed.

‘Work perks as a good way for businesses to recruit and retain the best talent. But as HMRC ratchets up tax rates on some perks, there will soon come a time where the size of the tax bill outweighs the benefits.’

Christmas perks: The season to be jolly?