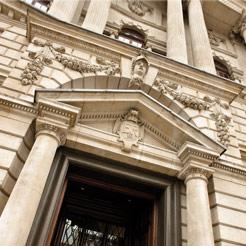 HMRC’s latest list of major tax defaulters owing £22m in unpaid tax, a 30% increase on last quarters £13m in September, the list was topped by an Internet sales company owing nearly £3m and an online advertising owing £820k, with solicitors, IT consultants and a bookkeeper also featuring

HMRC has published its latest quarterly listing of deliberate tax defaulters’ details, with 115 names on the list of those who have received penalties either for deliberate errors in tax returns or for failing to comply with tax obligations.

Chinese based Internet sales company, Shenzhen Qiao Zhuo E-Commerce was the worst offender owing £2.9m in tax, and now faces a £1.4m penalty. Another big offender was Data Market Group, an online advertising and publishing company operating in Liverpool which owed £820,000, a long side a fine of £531,000.

Other defaulters consisted of a wholesale soft drinks company in Essex called eDistribute owes £708,000 in taxes with a penalty of £470,000.

On the accounting front, Birmingham based NA Accountants which specialised in bookkeeping but went into liquidation in late 2017, failed to pay £479,000 in tax and have also been given a £292,000 penalty.

The construction sector featured prominently, Sosia Constructions based in West Lothian owed a total of £665,000, and also have to pay a penalty of £454,000. A sub-contractor from County Tyrone called Albert Spratt Construction owed a sum of £662,000 in taxes, with a charge of £455,000.

West London based solicitor, Neil Ian Benson owed a total of £192,000 in taxes, and now faces a fine of £114,000. Another London based offender, this time situated in the Northern part of the capital was Paul Robert Ensor, an investment broker and consultant that owes £235,000, and now faces a £123,000 penalty.