Omleen Ajimal, director of international tax at Squire Patton Boggs, ponders the future of the hybrid, following the recent ECOFIN amendments to the EU Parent Subsidiary Directive to counter such arrangements

Hybrids’ - or rather, strictly speaking, ‘hybrid mismatch arrangements’ are in the firing line.

For those unfamiliar with the international tax lexicon, a hybrid mismatch arrangement is one that exploits differences, between two countries, in how the same instrument or entity is taxed.

For decades, wily tax types (don’t worry, I stand with you) have been using various types of instrument, including preference shares, convertible bonds, equity default swaps and tracker-certificates (and many colourful overseas equivalents), in international tax structuring, to create advantageous tax treatment mismatches. And for decades, tax authorities have been becoming increasingly irate about them and trying harder and harder to kill them off.

The problem, from the tax authorities’ point of view, is that hybrid mismatch structures are unusually difficult to kill. The issue is the difficulty in pinning down, unequivocally, which country has lost the tax revenue that it could otherwise have earned. How do you shoot something down when you cannot clearly identify the damage it has done? Or, more precisely, identify where the damage has been done?

You could try a general anti-abuse rule (GAAR), which takes an axe to arrangements if they have been created purely to avoid tax. However, to target the axe, you need to show a direct link between the arrangements and avoidance of tax of the specific jurisdiction that hosts that GAAR. Not always easy.

Or you could try a ‘specific anti-avoidance rule (SAAR), that indirectly impacts hybrid arrangements by, for example, denying tax deductions for a payment in one country, in circumstances in which that payment suffers no/minimum tax in another country. Sadly, a SAAR is not a universal poison, as it can only tackle specific payments in specific circumstances.

The issue is the difficulty in pinning down, unequivocally, which country has lost the tax revenue that it could otherwise have earned

Or you could try a targeted anti-avoidance rule (TAAR), which targets hybrid structures that are specifically defined within the rule. However, a TAAR does not offer universal destruction either: people will carry on with structures that do not wholly fall within it.

In the Finance (Number 2) Act 2005, HMRC tried to close down some hybrid structures, through SAAR-type rules that allow HMRC to issue notices to companies, to cancel the tax advantages of their hybrid schemes, in certain circumstances. More recently the Organisation for Economic Cooperation & Development, as part of its lofty Action Plan on Base Erosion and Profit Shifting, hopes to create prototype legislation for countries to tighten existing anti-hybrid rules.

ECOFIN’s recent announcement, which will affect intra-group hybrid loan structures, is only the most recent attack; ECOFIN is planning another, in the form of a more universal anti-abuse provision.

In due course, when the OECD and ECOFIN have published final draft legislation, I will return to you with my detailed analysis, comparing and contrasting it all, with my view on whether any of it will mean the final end of the hybrid. My guess: not likely. Hybrids are very hard to kill. 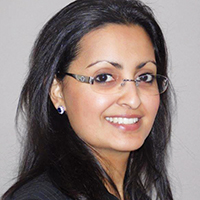 Ajimal is director of international tax at Squire Patton Boggs and has extensive experience from more than 13 years of practice in t...