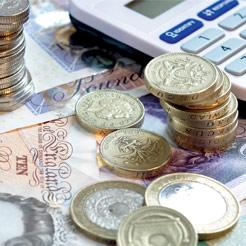 As HMRC reveals a shrinking tax gap, BDO’s Dawn Register and Tom Palmer investigate where and how the tax collector can find the missing billions, from a focus on offshore and the wealthy to those that simply do not pay

The government released official statistics on 9 July 2020 with headline figures showing the ‘tax gap’ stands at £31bn, equivalent to 4.7% of tax liabilities in 2018/19. The tax gap measures the difference between the amount that should be paid to HMRC and what actually is paid. At 4.7%, HMRC has trumpeted that this is the lowest recorded rate for the tax gap and shows a downward trend, especially compared to the rate of 7.5% in 2005/06.

We view this alongside spending pledges in resources for the UK tax authority. HMRC committed to investment of £800m to tackle tax evasion and non-compliance, with a further £155m pledged in the Autumn 2017 Budget. As recently as the March 2020 Budget, the government announced investment in additional HMRC compliance workers and new technology with the aim of raising an additional £4.4bn by 2024/25.

Given the current economic impact of Covid-19 and predictions of a severe recession, we expect HMRC will be pushed hard to collect additional and much needed funds in the coming months and years to further reduce the tax gap. We expect this will feed into the debate about increasing tax rates at a time when the Chancellor is trying to stimulate economic growth.

One area of HMRC focus to increase tax revenues and simultaneously decrease the tax gap is in the use of the international bank data that is now automatically exchanged between global tax authorities, known as the Common Reporting Standard.

The data revealed that 1 in 10 adults in the UK has an offshore financial interest. Hence HMRC continues to run a campaign to tackle offshore non-compliance, including ‘nudge’ letters to prompt disclosure and also opens tax investigations.

HMRC committed to an ongoing focus of collecting additional taxes from offshore assets in its ‘No Safe Havens’ strategy published in March 2019.

For HMRC to further close the tax gap, we expect it to look for efficiencies in processes, and recruitment into compliance teams.

Plenty is written on the topic of HMRC’s current restructuring, including the ‘Building our Future’ campaign, with the move to regional centres including the closure of many local tax offices. Anecdotally, this is leading to experienced investigators leaving HMRC, and this labour turnover requires either upskilling of current HMRC workers or a recruitment drive to bring in additional tax inspectors.

Given the COVID-19 pandemic, will the Treasury consider further investment in its tax authority?

The HMRC fight against ‘tax avoidance’ has been an area of persistent focus since 2010, including significant media coverage. This is often described as artificial tax arrangements with contrived outcomes, with the health warning that ‘if it sounds too good to be true, then it probably is’.

The latest statistics show that only 4% of the tax gap actually relates to tax avoidance. In monetary terms this represents £1.7bn in 2018/19, significantly down on the £3.7bn in 2005/06. It suggests the investment in HMRC Counter Avoidance, and government focus to clamp down on this area of tax loss is making substantial progress.

This is the first year a specific tax gap for wealthy taxpayers is included in the report. A wealthy taxpayer is defined as someone with an income that exceeds £200,000 or assets worth over £2m.

HMRC estimates that the tax gap for wealthy individuals is £1.7bn, equal to the tax gap caused by tax avoidance. HMRC has a specific customer service team for the wealthy and we expect inspectors will be tasked to further reduce any loss of tax by this group of taxpayers.

By type of taxpayer the amounts not paid from small businesses (£13.4bn), large businesses (£5.3bn) and criminals (£4.5bn) shows where HMRC will be keen to focus its attention and resources.

In terms of the type of behaviour that leads to unpaid tax, the ‘failure to take reasonable care’ and ‘legal interpretation’ account for the largest proportions of the tax gap. Here, HMRC will be using its powers and standard tax return enquiry processes to challenge and collect this estimated £10.4bn (£5.5bn plus £4.9bn).

When it comes to criminal or illegal activity, this includes evasion (£4.6bn), criminal attacks (£4.5bn) and the hidden economy (£2.6bn), giving an eye-watering total of £11.7bn. This will be firmly in the sights of HMRC’s Fraud Investigation Service, an elite investigation force which comprises 5,000 inspectors using both criminal and civil powers. We expect ongoing action to tackle this element of the tax gap.

With new reliefs and support payments flowing from the government Covid-19 economic package comes new opportunities for underpayment of UK tax. This may be for a wide range of reasons, from genuine mistakes to organised criminals looking to abuse the support payments paid out by HMRC.

The Coronavirus Job Retention Scheme (CJRS) is seeing a huge volume of complex claims filed with HMRC. To 12 July 2020, 1.2m employers have claimed a total of £28.7bn from HMRC. There are reportedly 4,000-plus reports from whistle blowers of potential fraud relating to the CJRS or furlough scheme.

The government said it is committed to ‘extensive post payment reviews of stimulus and support payments, to find fraud and recover money for the taxpayer’. The resources this will take may add extra pressure on HMRC when it is already working to close the tax gap and bring in vital funds to help support the economy. The risk that Covid-19 support payments from HMRC will increase the tax gap in future years is significant.

£4.1bn of the tax gap is simple non-payment; that is amounts which are probably being chased by HMRC Debt Management and even bailiffs. Will this now increase as result of Covid-19? Certainly, tax deferral and Time To Pay arrangements are key parts of HMRC’s support for businesses and individuals at this time.

The final question mark remains on whether HMRC can continue to increase tax collection and close the tax gap, while juggling the threat of new types of tax fraud alongside changing resources and potential investment constraints.

Dawn Register is a partner in Tax Dispute Resolution at BDO 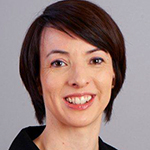 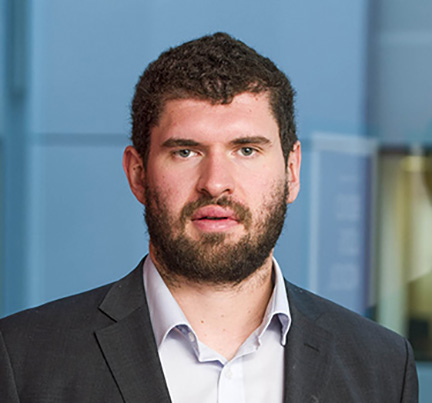 Tom Palmer is an assistant manager in tax dispute resolution at BDO...