Surrey taxpayers pay the most income tax in UK 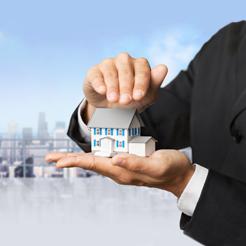 Esher, the affluent Surrey town popular with celebrities and sportspeople, is at the top of the table.

Nicknamed ‘Britain’s Beverly Hills’, local residents include Elton John, Gary Lineker and Andy Murray. Despite the high profile names, the average income per head is £68,000, while the average income tax payment is £18,900. This compares with the average UK salary of £28,000.

Research by UHY Hacker Young found residents of Esher paid the highest rate of income tax as a percentage of their income (28%) out of 579 towns and cities in the UK, with well-heeled towns in the south east are popular areas for wealthy commuters, high flying City workers and high net worth individuals (HNWI) due to strong transport links with London and proximity to main airports.

All bar one of the top 10 towns fall into this category:

The sole exception is Altrincham, which surrounds the city of Manchester which is home to premiership footballers and managers including Sir Alex Ferguson, Peter Crouch and Rio Ferdinand. Residents pay £12,600 in income tax on average, accounting for 24% of their annual income.

UHY Hacker Young say the amount of income tax that residents in the top ten towns contribute has risen by 20% on average over the last five years. They can now expect to pay £13,850 in income tax or 24% of their income, up from £11,630 five years ago.

At the other end of the league table rankings, the 10 constituencies paying the least income tax as a percentage of their income are mainly located in the Midlands, north of England and Wales. In last place is Nottingham north with the average resident paying £2,080 in income tax – just 10% of their income with an average salary of £21,700. These are the lowest paying cities:

Neela Chauhan, tax partner at UHY Hacker Young, said: ‘The stark economic divide between the north and south regions of the UK has built up over decades and the action needed to reverse this will be tasking.

‘Whilst we are seeing Manchester evolving as an alternative business hub to London, it would be good to see more spill-over into surrounding towns.’

UHY Hacker Young also cautioned that, in addition to high levels of income tax, residents in stockbroker belt towns and other wealthy areas face a growing tax burden from a number of tax traps and frozen allowances.

These include a decade-long freeze on the inheritance tax threshold, the child benefit higher earner’s tax rate, the eligibility threshold for tax-free childcare and the annual pensions allowance.

Chauhan added: ‘The south east has cemented its position as one of the most affluent areas in the UK. This is likely to continue for years to come as stockbroker belt towns attract high earning celebrities and City workers alike.

‘However, the government needs to be careful not to kill this golden goose by overtaxing it. We have seen signs in some areas, such as non-doms, that higher levels of tax are gradually driving high earners out of the country.’