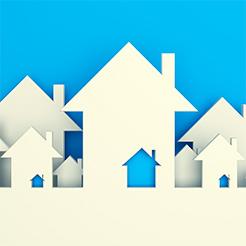 The stamp duty holiday, which is due to end in March, has restored housing transactions to the highest level since 2007 with tax take hitting £1.35bn in the last quarter

A new report by the Centre for Policy Studies looks at the effects of the measure introduced by the Chancellor in response to the pandemic, and finds that after an initial sharp decline in sales between April-June 2020, the number of transactions increased from 132,090 in Q2 to 225,870 in Q3 and 316,300 by the end of Q4 – the highest level since before the global financial crisis in 2007/8.

The think tank’s research shows that stamp duty revenues rose by 27% in Q3 compared to Q2, from £1.1bn to £1.35bn, and suggests they will rise again in Q4 given the continued increase in transactions.

The stamp duty holiday has also acted as a very effective form of stimulus for the construction industry, giving it the confidence to keep building rather than seeing housebuilding collapse as in previous recessions.

However, the looming end of the stamp duty holiday risks at the end of March is having a chilling effect on the housing market – risking a repeat of the housing bust of 1988 when the market slumped after tax relief was ended.

The CPS is calling on the government to either permanently increase the threshold on primary residences to £500,000 or abolish the tax outright. The headline cost of keeping the threshold increase alongside the CPSs' proposed reform to the rates would be roughly £3bn – but the think tank estimates that it would actually cost just £500m once the wider economic benefits are accounted for, while boosting new build construction by at least 20,000 homes per year and helping homeowners, and the economy, adjust to the changes brought about by the pandemic.

CPS data analyst, Jethro Elsden, said: ‘Stamp duty places a significant burden onto prospective buyers and creates huge distortions in the UK housing market. It damages the economy, and leaves people stuck in the wrong homes and reduces the number of new builds brought to market each year, which makes the housing crisis harder to solve.

‘With the holiday due to finish at the end of March, we urge the government to either make the £500,000 threshold permanent for primary residences, or better yet, abolish it entirely.

‘At the very least the Chancellor must look to extend the current stamp duty holiday, or he risks delivering a sledgehammer blow to the housing market, and the wider economy, just when we need to be pushing for the strongest recovery possible.’