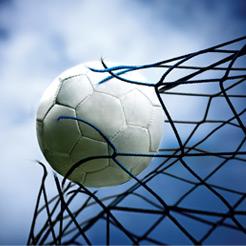 HMRC has lost its case at Upper Tribunal over money paid to two Tottenham Hotspur football players on leaving the club, after the judge agreed these were payments in connection with the termination of an employment and not earnings

The two players, Peter Crouch and Wilson Palacios, agreed to a transfer to Stoke City in return for a payment in consideration for the early termination of their contracts with Spurs. In both cases, the payments amounted to over £1m.

Tottenham Hotspur treated the payments as termination payments subject to income tax under ITEPA 2003, s. 401 on all but the first £30,000 and not liable at all to National Insurance contributions (NICs).

However, HMRC challenged this decision on the grounds that the payments were earnings from the footballers’ employments and hence subject to income tax in full under ITEPA 2003, s. 9 and to NICs under SSCBA 1992, s. 6. The club said the payments had been made to the footballers in return for giving up their rights to be employed until their contract expired. They were not made as a result of their contracts.

A First Tier Tribunal (FTT) found in favour of the football club, saying the payments had formed part of the mutual agreement to terminate the players’ contracts. HMRC went on to appeal, largely on the grounds that the FTT had wrongly analysed and applied the authorities. [The Commissioners for Her Majesty’s Revenue and Customs v Tottenham Hotspur Ltd [2017] UKUT 0453 (TCC)].

The Upper Tribunal said that while the authorities were not entirely straightforward, there was a consistent distinction between a situation where the entire contract of employment is abrogated in exchange for the termination payment– in which case the payment is taxable only under ITEPA 2003, s. 401 with the £30,000 exemption and not subject to NICs – and the situation where the payment is made under a pre-existing obligation expressed in a contract of employment. In the latter, the payment is from an employment and subject in full to both income tax and NICs.

In the Spurs case, although the players’ contracts expressly provided for consensual early termination, there was no express provision for any payment on such an occasion. The facts fell clearly within the first category outlined, as the players’ entire contracts had been abrogated in return for the termination payment.

The judges said if HMRC’s argument was correct it would cover ‘almost every termination payment agreed in respect of a fixed-term contract because there is nearly always going to be an express or implied right to agree an early termination’.

Zigurds Kronbergs, a CCH tax writer said: ‘The amendments made by F(No 2)A 2017, s. 5, which apply from the tax year 2018-19, will settle the matter permanently in HMRC’s favour, by subjecting termination payments to tax and NICs whether or not they are taxable under ITEPA 2003 s. 9 and 62.

‘The decision in this case is therefore of greater importance for payments taxable in years before 2018-19.

The Commissioners for Her Majesty’s Revenue and Customs v Tottenham Hotspur Ltd [2017] UKUT 0453 (TCC) is here.