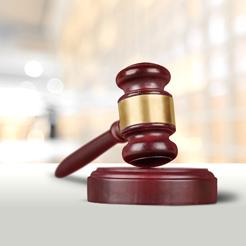 HMRC has lost its final legal challenge over the VAT status of ‘Spot the Ball’ competitions, and operator Sportech will now keep a £97m refund following the Supreme Court’s refusal to allow an appeal

The Supreme Court said it would not allow HMRC to appeal an earlier decision by the Court of Appeal in Sportech’s favour, meaning the legal argument has come to an end. [IFX Investment company and Ors and the Commissioners for Her Majesty’s Revenue and Customs, [2016] EWCA Civ 436, Case No: A3/2014/3908].

Sportech, which received £93m from HMRC on 29 June 2016, said it expects to receive the balance of approximately £4m shortly.  The Supreme Court ordered that HMRC pay costs, to be assessed

Ian Penrose, Sportech’s chief executive officer, said: ‘We are delighted that after nearly eight years, this case is now over and the Supreme Court has upheld the unanimous decision of the Court of Appeal.’

Sportech also pointed out that in 2009 it submitted an additional claim that could entitle it to receive compound interest, rather than simple interest, on the amount of overpaid VAT. Whilst the quantum of the claim is not yet known precisely, it could more than double the total sum receivable to date.

This claim is on hold pending the outcome of Littlewoods Retail Ltd and others v HMRC, which is scheduled to be heard in the Supreme Court in July 2017. In that case, the Court of Appeal unanimously upheld the High Court's decision that the taxpayer was entitled to interest on a compound basis on the overpayment of VAT.

Sportech’s VAT repayment claim, which was first submitted in March 2009, was heard by the First Tier Tribunal (FTT) in October 2012. In March 2013, it was announced that the FTT had found in Sportech's favour.

Following the FTT's rejection of HMRC's subsequent application for leave to appeal to the Upper Tribunal (UT), HMRC then applied directly to the UT which granted such permission. The claim was heard by the UT in April and May of 2014 and it was announced in September that the UT had ruled in HMRC's favour.

In its latest ruling, the Supreme Court said the issue was whether operators of Spot the Ball competitions were exempt from VAT as providing ‘facilities for the playing of games of chance’. The period in issue was from 23 April 1979 to 31 December 2006.

A typical coupon invited a participant to use ‘skill and judgment’ to decide in a picture where he thought the centre of an imaginary football should be, and to indicate that spot by making a cross. The rules made clear that the winner would be decided not by reference to the actual position of the ball, which had been removed from the picture, but by reference to the opinion of a panel of experts as to which entry was the most skilful or was closest to the panel's opinion of the most logical position of the ball.

‘Spot the Ball’ VAT case win at Court of Appeal