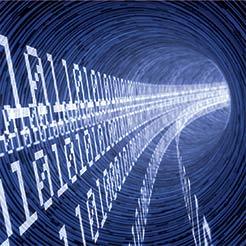 Spain is set to introduce a digital services tax (DST) which would be levied at 3% on the digital revenues of large tech companies, along with a financial services transactions tax, which together are expected to raise around €2bn (£1.76bn) a year

The move comes as plans for an EU-wide digital tax remain mired in disagreements between individual member states with Ireland amongst those opposing the proposals.

The Spanish DST will apply to companies with global revenues of more than €750m and over €3m in Spain. It is expected to raise about €1.2bn annually.

It relates to the provision of digital services such a placing advertising on a digital device; ‘intermediation services’ which allow users to find other users and to interact with them, and which may also facilitate the provision of underlying supplies of goods or services directly between users; and the sale of data provided by the user and generated from accessing the digital device.

The levy on financial transactions, also known as the ‘Tobin tax’, will put a 0.2% tax on share transactions in Spanish public companies with a market capitalisation above €1bn. Estimates suggest it could raise around €850m a year.

DST was subject to a public consultation last October. Both taxes, which were included in the government’s draft budget announced this week, now require parliamentary approval before coming into effect.