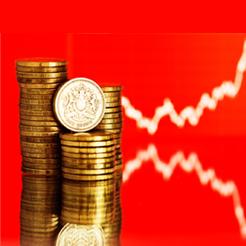 The US tech giants making up the Silicon Six have avoided some $100bn (£77bn) of tax since 2010, according to research from the Fair Tax Mark

Its report into the tax conduct of Facebook, Apple, Amazon, Netflix, Google and Microsoft over the last decade claims there is a significant difference between the cash taxes paid and both the expected headline rate of tax and, more significantly, the reported current tax provisions.

It concludes that using these as the basis for comparison, the corporation tax paid by the Silicon Six is much lower than is commonly understood.

The report suggests that the bulk of the shortfall almost certainly arose outside the US, given that the foreign current tax charge was just 8.4% of identified foreign profits over 2010-19. It says profits continue to be shifted to tax havens, especially Bermuda, Ireland, Luxembourg and the Netherlands.

It also points out that investors are warned that the collective tax contingencies of the Six have rocketed in recent years, increasing fourfold from $8.9bn at the end of 2010 to $47bn in 2019. They have also accrued a further $5.7bn in connected interest and penalties. In total, the Silicon Six have more than $50bn of unrealised net income due to their aggressive tax positions.

According to the analysis, Amazon has paid just $3.4bn in income taxes this decade, compared to Apple’s $93.8bn, while Microsoft has paid $46.9bn. Fair Tax Mark points out that Amazon’s revenue over this period exceeded that of Microsoft’s by almost $80bn.

The report uses information contained in the Form 10-K annual filings in the US, where the companies are incorporated. It has also selectively reviewed Form 10-Q quarterly filings and the company accounts of various European and UK subsidiaries.

According to this analysis, Amazon’s cash tax paid was 12.7% of profit over the decade, at a time when the federal headline rate of tax in the US was 35% for seven of the eight years under examination. Facebook recorded the lowest cash tax paid as a percentage of profit, at 10.2%, and has the lowest foreign current tax charge ratio of the Silicon Six over the decade, at just 5% of profits.

Paul Monaghan, chief executive of the Fair Tax Mark, said: ‘Our analysis of the long-run effective tax rate of the Silicon Valley Six over the decade to date has found that there is a significant difference between the cash taxes paid and both the headline rate of tax and, more significantly, the reported current tax provisions. We conclude that the corporation tax paid has been much lower than is commonly understood.

‘The international tide is turning on the acceptability of corporate tax avoidance. The idea of countering the profit-shifting of big tech multinationals via the introduction of digital sales taxes has taken root in many countries.

‘Investors need to look afresh at the future impact that this will have on company valuations and income flows. Not least because the OECD is now leading multilateral efforts to address the tax challenges from digitalisation of the economy, and is looking to ensure that profitable multinationals pay tax wherever they have significant consumer-facing activities and generate their profits.’

All of the companies covered by the report said they paid the correct amounts of tax and disputed Fair Tax Mark’s figures.

In a statement Amazon said: ‘Governments write the tax laws and Amazon is doing the very thing they encourage companies to do – paying all taxes due while also investing many billions in creating jobs and infrastructure. Coupled with low margins, this investment will naturally result in a lower cash tax rate.’

Facebook said: ‘We take our tax obligations seriously and pay what we owe in every market we operate.

‘In 2018 we paid $3.8bn in corporation tax globally and our effective tax rate over the last five years is more than 20%.

‘Under current rules we pay the vast majority of the tax we owe in the US as that is where the bulk of our functions, assets and risks are located. Ultimately these are decisions for governments and we support the OECD process which is looking at new international tax rules for the digital economy.'