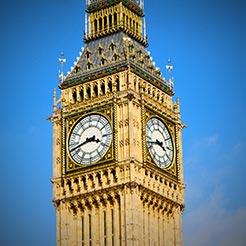 With only four weeks to go until the summer break on 20 July, the Treasury Committee, whose Finance Bill sub-committee plays a critical element in the parliamentary scrutiny process, has no chair and is unlikely to have a sitting MP in post before early July, while the full membership of the committee still has to be elected.

Influential chairman of the Treasury Committee Andrew Tyrie resigned as a MP in April, leaving a hole in the committee structure and although a general election automatically leads to re-election of all committee chairs and members, Tyrie had been reappointed in 2015, following five years in post under the coalition government. Had an election not been called, it is likely that he would have remained at the head of the committee until the end of the five-year term.

The election of committee chairs and members can only go ahead once the Queen’s Speech has been voted through parliament and the debate is ongoing. The whips are responsible for allocating members to committees, but there will not be programmes in place so it is unlikely that any substantive committee business will take place this side of the summer recess.

The requirement for a summer Finance Bill will mean that the Treasury Committee will have to move quickly to ensure that dumped measures like loss relief reform, non dom changes, Making Tax Digital and interest deductibility are not rushed through without proper oversight and scrutiny.

The Public Accounts Committee is unlikely to start any major work before the Summer recess and the @CommonsPac twitter feed states: ‘The new Committee has not been established following the election and we don’t yet know when it will be set up. We will post details asap.’

Carillion audit probe unlikely before summer due to complexity