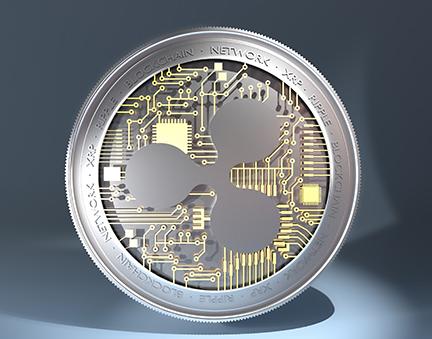 The Securities and Exchange Commission (SEC) is set to take legal action against Ripple Labs, the fintech company behind XRP, the third-largest cryptocurrency, alleging it raised over $1.3bn (£1bn) through an unregistered, ongoing digital asset securities offering

The US regulator’s allegation relates to whether XRP should be viewed as a currency or a digital security, and thus the regulatory regime which should apply.

The SEC alleges that Ripple raised funds, beginning in 2013, through the sale of digital assets known as XRP in an unregistered securities offering to investors in the US and worldwide.

Ripple also allegedly distributed billions of XRP in exchange for non-cash consideration, such as labour and market-making services. According to the complaint, in addition to structuring and promoting the XRP sales used to finance the company's business, Larsen and Garlinghouse also effected personal unregistered sales of XRP totalling approximately $600m.

The SEC says the two executives failed to register their offers and sales of XRP or satisfy any exemption from registration, in violation of the registration provisions of the federal securities laws.

Stephanie Avakian, director of the SEC's enforcement division, said: ‘Issuers seeking the benefits of a public offering, including access to retail investors, broad distribution and a secondary trading market, must comply with the federal securities laws that require registration of offerings unless an exemption from registration applies.

‘We allege that Ripple, Larsen, and Garlinghouse failed to register their ongoing offer and sale of billions of XRP to retail investors, which deprived potential purchasers of adequate disclosures about XRP and Ripple's business and other important long-standing protections that are fundamental to our robust public market system.’

In comments addressing the SEC’s action, Garlinghouse said: ‘The discussion around why XRP is a currency (and not a security) is one we have been having with the SEC for nearly three years and yet we’ve never been met with clarity’.

The Ripple CEO argued that XRP is not a security because, among other things it is not an ‘investment contract.’

XRP holders do not share in the profits of Ripple or receive dividends, nor do they have voting rights or other corporate rights. Purchasers receive nothing from their purchase of XRP except the asset. In fact the vast majority of XRP holders have no connection or relationship with Ripple whatsoever, Garlinghouse said.

Secondly, Ripple has shareholders, so those wanting to invest in Ripple, do not buy XRP but rather shares in Ripple.

Finally, unlike securities, the market value of XRP has not been correlated with Ripple’s activities. Instead, the price of XRP is correlated to the movement of other virtual currencies.

Describing the SEC’s legal action as ‘an assault on crypto at large’, Garlinghouse said he and Larsen would be fighting the case, which he called ‘a terrible industry-wide precedent for any company working with a digital asset’.