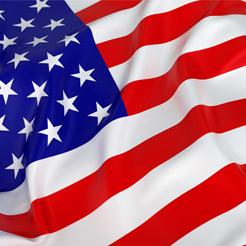 The amendments are believed to ensure that relationships and services would not pose threats to an auditor’s objectivity and impartiality, and does not trigger non-substantive rule breaches or potentially time consuming audit committee review of non-substantive matters.

Jay Clayton, chairman of the SEC, said: ‘The proposed amendments are based on years of Commission staff experience in applying our auditor independence rule set and respond to recent and longer term feedback received from a wide range of market participants.’

‘The proposal is consistent with the Commission’s long-recognised view that an audit by an objective, impartial, and skilled professional enhances both investor protection and market integrity, and, in turn, facilitates capital formation.

‘In practice, the proposed amendments also would increase the number of qualified audit firms an issuer could choose from and permit audit committees and commission staff to better focus on relationships that could impair an auditor’s objectivity and impartiality.’

Since the initial adoption of the auditor independence framework in 2000 and revisions in 2003, there have been significant changes in the capital markets and those who participate in them, according to the SEC.

The proposed amendments primarily focus on fact patterns presented to Commission staff through consultations that involve a relationship with, or services provided to, a person that has little or no relationship with the person under audit, and no relationship to the engagement team conducting the audit.

In these scenarios the staff regularly observes that the audit firm is objective and impartial and, as a result, does not object to their continuing the audit relationship with the audit client.

An example where this scenario would apply is with student loans, ie, if an audit firm has an audit partner based in Atlanta who continues to pay his student loans taken to attend college before starting his career at the firm.

A different audit partner in Atlanta audits the lender that provided the student loan, a large student loan company that originates thousands of student loans.

Under the current rules, the student loan of the audit partner who is not part of the audit would still lead to an independence violation for the audit engagement of the lender.

The public comment period for these proposed amendments will remain open for 60 days following publication of the proposing release in the Federal Register.