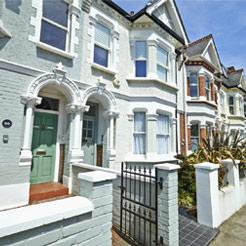 Higher rates of stamp duty land tax (SDLT) have had a bigger impact on high-end central London house prices than concerns over Brexit, according to analysis by estate agency Knight Frank which points to a continuing plateau in values

Its latest prime central London price index recorded an annual decline of 6.7% in January, with the agency forecasting a ‘relatively flat’ market in terms of price recovery in 2017.

According to Knight Frank’s statistics, house prices in Chelsea dropped 13.3% year-on-year in January, and there were marked falls in the neighbouring upmarket boroughs of Kensington (11.9%), South Kensington (8.2%) and Notting Hill (9.8%).

The analysis notes: ‘While Brexit and Donald Trump dominate the wider political and economic landscape, it would be wrong to overstate their impact on the prime London property market. Higher rates of stamp duty is still a bigger issue than the prospect of article 50 being triggered in March.’

However, the statistics show the number of Knight Frank exchanges in January was higher than in the same month in the previous two years and was comfortably ahead of the ten-year average for January, whereas the number of exchanges between January and September 2016 was 20.6% down on the same period in 2015.

The agency’s analysis suggests the primary driver for this trend is the fact vendors are increasingly reflecting higher transaction costs in their asking prices, which is narrowing the gap with buyer expectations