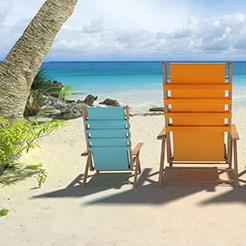 The Scottish government has announced further delays to its flagship plans to introduce an air departure tax (ADT) in Scotland, which would replace UK wide air passenger duty (APD) and offer a 50% reduction on the UK rate, to the fury of local airport operators

ADT, a tax payable by aircraft operators and charged on the carriage of chargeable passengers on chargeable aircraft from airports in Scotland, was originally slated to come into effect from 1 April 2018.  As well as halving the rate, the Scottish government said it intended to abolish the tax completely by the end of the parliamentary session in 2021, or ‘when resources allow’.

APD is currently £13 per passenger on flights from the UK of up to 2,000 miles, and £78 for longer distances.  Rates for ADT have yet to be confirmed, as they need to be set via secondary legislation.

However, in June 2018 the Scottish government said the introduction of the replacement tax would be deferred by a year until the issues raised in relation to the Highlands and Islands exemption had been resolved. This exemption, for air travel by passengers from remote island communities where population levels are sparse but there is heavy reliance on air services, exists within APD.

Now Kate Forbes, minister for public finance and digital economy, has announced a further delay to introducing ADT as these issues, which potentially include whether or not the exemption should be raised at EU level because it is state aid, have not been resolved.

In a written answer to Parliament, Forbes said: ‘The Scottish government has been clear that it cannot take on ADT until a solution to these issues has been found, because to do so would compromise the devolved powers and risk damage to the Highlands and Islands economy.

‘The group has made a valuable contribution to the evidence base by publishing new analysis that underlines the importance of the exemption to the region, and by providing external scrutiny of both evidence and process. However, a solution has not yet been found that would be ready for introduction at the beginning of the next financial year.

‘This, taken together with the continued uncertainty around Brexit, means that that we have to defer the introduction ADT beyond April 2020.’

However, Forbes reiterated that Scottish government has a longstanding commitment to reduce ADT by 50%.

‘We are doing all we can to work with airlines and airports to help grow the direct routes which are important for our tourism sector and Scottish businesses.

‘While we work towards a resolution to the Highlands and Islands exemption, we continue to call on the UK government to reduce APD rates to support connectivity and economic growth in Scotland and across the UK,’ Forbes said.

The statement said: ‘The Scottish government needs to be straight with industry.

‘This was a cast-iron manifesto commitment and they have now failed to implement it two years in a row, and in the meantime it is Scottish tourism and connectivity that is suffering, as we’ve seen with Norwegian pulling out of Edinburgh and lost routes at both Glasgow and Aberdeen.

‘The message from airlines and airports is clear – either do what you have promised and get on with it sooner rather than later or be upfront with us that it is never going to happen.’