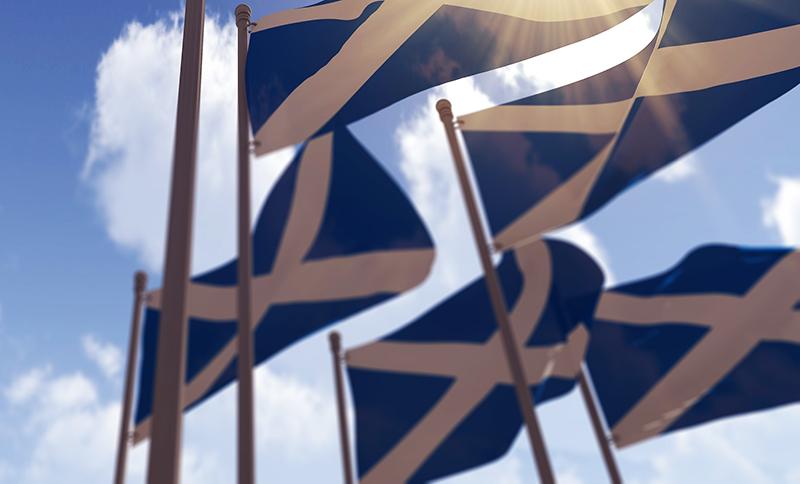 The Scottish tax system needs a major overhaul, rather than simply tinkering with the rates of current taxes, including a potential land tax to replace stamp duty

Politicians of all stripes must accept change is needed in order to attain higher tax revenues in the long term’, according to a wide-ranging report from Reform Scotland, Taxing Times: why Scotland needs new, more and better taxes as an ageing population and climate change put pressures on tax income.

The report, authored by Heather McCauley, a former senior civil servant who has worked for the New Zealand and Scottish governments and the UK parliament, warns that a demographic crisis is looming.

‘Scotland faces a particular demographic problem – our population will begin to fall during this decade. By 2045, Scotland’s population will be 1.5% lower while the UK’s will be 5.8% higher,’ the report stated.

‘More worryingly for tax revenues, Scotland’s population of over 76s will be up by over two-thirds, whilst the population of those in their 30s, 40s and 50s will be static, and the population of under 30s will fall by 16%. This will have significant implications for tax raising as well as for government spending.’

McCauley said: ‘Inevitably, higher tax revenue will be required to deal with this. In order to create the right environment for optimal tax raising, debate in Scotland needs to focus as much on the way money is raised as it does on the way money is spent.

‘Having studied tax systems in similarly sized countries across the world, from New Zealand to Scandinavia, it is clear to me that the current structure of Scotland’s tax system is not fit for the future.

Reform Scotland proposes two options to raise the tax base in Scotland, the first to align tax rates across labour and capital income for higher income earners, including the corporation tax rate. They argue that this ‘eliminates distortions and removes the incentive for high income earners to use company structures to ‘shelter’ income in order to pay lower rates of tax’.

The second option ‘splits’ the tax rates applying to labour and capital income – a ‘dual income’ system. Labour income, including salaries and pensions, is taxed at higher progressive rates while capital income (eg, interest, capital gains) is taxed at a low and usually ‘flat’ rate, along with the corporation tax rate. This second approach would ‘eliminat(e) distortions and the scope for activities that exploit differences in tax rates’.

However, this can lead to levels of tax avoidance with income shifting from labour to capital.

One of the more radical proposals is a land tax to replace the current equivalent of stamp duty land tax, although there is not much detail on how this would work. The report authors state: ‘The need for comprehensive reform of land and property taxation in Scotland is well recognised, to move from a tax system that encourages wealth accumulation through ownership of land and homes, encourages property speculation and disadvantages younger people.’

Reform Scotland calls for a comprehensive review of the pros and cons of introducing a land tax based on asset values.

It also warns that any reforms must be cohesive and need ‘deep expertise to develop an effective tax strategy’. In addition, given its close integration into the UK, the risk of tax flight also puts limits on Scotland’s ability to implement tax policies that are drastically different from those of the UK. This suggests that, as far as possible, higher or additional taxes in Scotland should focus on less mobile factors – particularly immobile wealth.

‘Scotland needs to start again. It needs a new and fairer tax system, focused more on immobile tax bases such as wealth and less on mobile ones such as employment income. This new system needs to be used to drive sensible and sustainable increases in overall tax revenue to cope with the challenges of the rest of the 21st century.’

Currently the tax system is part devolved to Scotland with an element of income tax raised locally and rates can be adjusted, hence the difference in tax rates across the board in Scotland. VAT and National Insurance contributions (NICs) are controlled by central government, while property tax through the land and buildings transaction tax (LBTT) and landfill tax are controlled by the Scottish government.

The Scottish government has repeatedly called for additional tax powers, most recently arguing for full devolution of income tax, NICs, VAT and other taxes such as capital gains tax to be considered as part of the review of the Fiscal Framework in 2022.