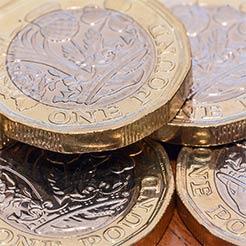 The government has launched a new compliance scheme for social care providers to address underpayments for workers on sleep-in shifts, totalling some £400m, in a bid to ensure workers are paid what they are owed and that services remain financially viable

The move is in response to the impact of an employment tribunal earlier this year, which ruled that workers on eight-hour overnight sleep-in shifts should be paid the national minimum wage (NMW) for the period, rather than a flat rate of £25 to £30 per night.

As a result HMRC asked for back payments of up to £400m. Following pressure from charities and others in the social care sector concerned about the financial implications of paying penalties and arrears for those providing services, HMRC temporarily suspended enforcement activity and waived further penalties for sleep-in shifts underpayment arising before 26 July 2017.

The government has now launched the new social care compliance scheme (SCCS), giving employers up to a year to identify what they owe to workers. Employers who identify arrears at the end of the self-review period will have up to three months to pay workers.

HMRC is to write to social care employers who currently have a complaint against them for allegedly underpaying minimum wage rates for sleep-in shifts to encourage them to sign up to the scheme. Employers that choose not to opt into the scheme will be subject to HMRC’s normal enforcement approach.

The government says it is exploring options to minimise any impact on the sector and has opened discussions with the European Commission to determine whether any support, if deemed necessary, would be subject to EU state aid rules.

HMRC has published guidance on the new scheme, advising employers they need to check that they are paying workers at least the NMW, on average, for the time worked in each period they pay them for. It warns there may be underpayments if the employer has not included any hours worked during overnight shifts where they can sleep on the premises.

If an employer finds they have underpaid, they can apply to join the SCCS, which means they will not have to have to pay the financial penalty, currently 200% of the amount owed to workers, up to a maximum of £20,000 per worker, and will not be publicly named for underpayment of NMW.

The scheme is open to both organisations providing care workers and individuals who employ helpers. They need to determine whether the worker is classed as working throughout a sleep-in shift or as being on-call according to a list of criteria. These include whether or not they are required to be on the premises and what their contract specifies about working and sleeping periods and whether sleeping facilities are provided.

Those using the scheme will be required to review the amount they have paid to workers; return the declaration form within 12 months of receiving it, or by 31 December 2018 if sooner; pay any underpayment for sleep-in shifts within three months of returning the declaration or by 31 March 2019, whichever is sooner; pay any other NMW underpayments and any additional tax and National Insurance contributions that result from any underpayment; pay at least NMW for time worked during sleep-in shifts from the point of discovering underpayments; and keep records of how the calculations around underpayment were worked out.