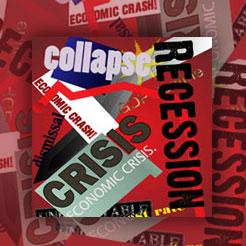 Corporate insolvencies rose in the first quarter of 2019, with administrations reaching their highest level for five years, official figures from the Insolvency Service show

There were 4,187 total underlying company insolvencies in Q1 2019, 6.3% more than in Q4 2018. Compared to the same quarter last year, this was an increase of 5.1% and marks the second highest underlying level of insolvencies in any quarter since Q1 2014.

‘The first three months of each year are where we typically see the consequences of missed targets in the run-up to Christmas and the end of the year, particularly in the retail sector.

‘Consumer confidence is low and consumers’ spending power is much diminished. Meanwhile the high street is facing serious structural challenges as it comes to terms with changing consumer habits and online competition.

‘Many consumer-facing businesses, in particular those in the retail sector, have exhausted their “standard” toolkit for coping with reduced demand: further discounting won’t cut it, or is impossible, and a restructuring is the only option.’

Graham Bushby, head of RSM restructuring advisory, said: 'The direction of travel for company failures is unmistakeably on the rise.

'People are clearly being cautious with their money in the face of uncertainty, particularly when it comes to big ticket purchases. Long haul holiday bookings are on the rise at the expense of European destinations, new car sales are down and big decisions such as moving house are being deferred or delayed which isn't helping the property and construction industry.

'Some businesses have had their normal cash flow plans thrown awry by stockpiling in advance of the date of the UK's supposed EU exit on 29 March. While many may be relieved that the immediate threat of a no deal exit has receded, some may be nursing a cashflow hangover which will need careful management over the coming months.’

Insolvency Services data also shows total individual insolvencies fell in Q1 2019 from an eight year high in Q4 2018.  This fall was largely driven by a decrease in the number of individual voluntary arrangements, though both debt relief orders (DROs) and bankruptcies fell slightly from Q4 2018.

Firth said: ‘A quarterly fall in insolvency numbers was almost inevitable given the one-off size of the increase at the end of last year, although we still have levels of personal insolvency last seen almost a decade ago.

Firth argued that although the raw numbers of bankruptcies and DROs have dipped slightly, the rate of these procedures – the number of procedures per adult – actually increased slightly or held steady.

‘These increases are a reflection of the fact that the UK’s personal finances are not in a healthy place. Although unemployment levels remain low, and real wages are starting to rise once more, there has been a long, long squeeze on personal finances which won’t be rectified overnight.’

Scottish insolvency rates on the rise

Corporate insolvency rates cause for concern