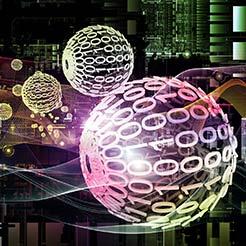 The Treasury has given final approval to the revised code of conduct for tax advisers and accountants, the Professional Conduct in Relation to Taxation (PCRT), due to come into force from March 2017 following a three-month delay

The leading UK accountancy and tax bodies have published updated guidance on the standards expected of tax advisers and agents with a new set of standards for tax planning.

The revised Professional Conduct in Relation to Taxation (PCRT) has been endorsed by HMRC and sets out clear professional standards in relation to the facilitation and promotion of tax avoidance.

The PCRT must be adhered to by all members of the seven institutes who have signed up to the code, but does not cover non-members nor does it have a statutory basis.

Any contravention of the code by members of the seven institutes signed up to the code could lead to disciplinary action.

The professional bodies have tested, with HMRC, how the new principles would apply to various real and illustrative situations. This revealed that members abusing their position as adviser on a range of different schemes could be subject to disciplinary action, as well as particular behaviours such as not taking a reasonable and realistic view of the facts.

The most significant change being made to PCRT is the addition of a set of Standards for Tax Planning.

These reinforce the existing fundamental ethical principles that underpin the PCRT, concentrating on integrity, professional competence and professional behaviours.

Of these new Standards, the most significant development relates to the expected standards of behaviour when advising on tax planning arrangements, in order to avoid any action that discredits the profession.

For this latest update, there is a robust focus on potential abuse of tax planning. This has been added to the existing five fundamental principles of integrity, objectivity, professional competence and due care, confidentiality and professional behaviour.

There are an additional five new standards for tax planning that members must observe, described as a requirement, not guidance.

As part of the tougher tax planning code, there is a standard which makes clear that members ‘must not create, encourage or promote tax planning arrangements or structures that

Following political interventions and a delay due to the EU referendum and government reshuffle, the revised code was delayed from the original expected publication date of 31 July.

The major revision of the current code follows pressure from government and the former Chancellor, George Osborne to tighten up their tax conduct covering ethical behaviour, integrity and objectivity.

The government threw down the gauntlet to the profession’s regulatory bodies – ICAEW, AAT, ACCA, ATT, CIOT, ICAS and STEP, at Budget 2015, telling them to strengthen their voluntary code, or there would be legislative pressure to introduce regulations to control abuse and excessive tax planning devised or encouraged by their members and deemed unacceptable by government.

The code has been approved by the Treasury and HMRC but it is understood that the drafting of the final document has not changed since the original revision was sent to the Treasury for final approval in April 2016.

HMRC, as a key stakeholder, was consulted during the development of the new code and has now endorsed the code of conduct.

In a joint statement, the seven tax and accounting institutes said: ‘We believe these new Standards for Tax Planning achieve an appropriate balance – making clear to the small minority of tax professionals who continue to facilitate and promote tax avoidance schemes that this behaviour is not acceptable, while enabling the vast majority of advisers to continue undertaking responsible tax planning for their clients to help ensure that they pay the right amount of tax as intended by law.

‘We hope that those tax advisers and agents who are not members of the seven PCRT bodies will also commit themselves to following this code.’

The new PCRT will come into effect from 1 March 2017. For the time being, the code issued in May 2015 will still remain in force.

In a letter to the seven professional bodies, the financial secretary to the treasury, Jane Ellison MP, thanked them for their commitment to good tax compliance and responsible tax planning by responding to the government’s Budget 2015 challenge.

The seven professional bodies signed up to the PCRT are:

If you think this article would be useful to a friend, click the 'Share with a Friend' button below
2.5
Average: 2.5 (2 votes)

Dodwell: tougher code of conduct for tax advisers from March 2017