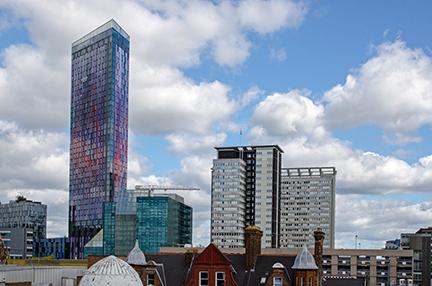 The government is conducting a probe into the London Borough of Croydon, which has forecast a £50m shortfall in funding this year, following strong criticism from external auditor Grant Thornton of its financial management and its scrutiny of spending and investments

In a public interest report on the council’s performance, published last week, Grant Thornton stated: ‘There has been collective corporate blindness to both the seriousness of the financial position and the urgency with which actions needed to be taken.’

The government’s rapid non-statutory review will focus on Croydon Council’s overall governance, culture and risk management following the council’s announcement that it would seek exceptional financial support from the Ministry of Housing, Communities and Local Government (MHCLG).

Croydon Council has been allocated over £23.5m in unringfenced funding since the start of the pandemic.

In addition, the council’s core spending power saw an increase of nearly £20.8m this financial year even before additional emergency funding was announced.

it is currently forecasting a shortfall of over £50m for the current financial year (2020-21). The medium term forecast financial planning also points to significant reoccurring shortfalls in future years and there have also been persistent criticisms of the council’s approach to commercial investment.

In its public interest report, Grant Thornton said Croydon Council has experienced deteriorating financial resilience for a number of years with spending pressures within both children’s and adult social care and low levels of reserves which created a significant financial challenge in 2020/21, made worse by the additional financial pressures as a result of the pandemic.

The report stated: ‘As the Council’s external auditor, we identified concerns relating to the financial sustainability criteria of the value for money conclusion in 2017/18 and raised recommendations for improvements.

‘The financial position deteriorated during 2018/19 and we issued an adverse qualification of our value for money conclusion.

‘The spending pressures identified in 2017/18 continued into 2020/21 and we wrote to the former chief executive in April 2020 setting out action we considered to be vital.

‘At the end of August 2020, the council had failed to produce a formal action plan or to respond to our audit recommendations effectively. A formal written response was received on 28 September 2020.’

Grant Thornton noted Croydon has had an unsustainably low level of reserves for some time, while in the past three years it has reported significant service overspends of £39.2m within children’s and adult social care, despite using £73m of transformation monies during that period.

The report stated: ‘The impact of the overspends has been masked by both the accounting treatment of the Dedicated Schools Grant deficit (which we disagree with) and the use of the flexible capital receipts. The council has failed to deliver real savings in children’s and adults’ social care.’

The report says there was ‘insufficient challenge’ from council members on the financial risks in the budget, credibility of the planned level of income from third parties and deliverability of the savings plan, and states ‘the council’s governance over the budget setting and monitoring has not been good enough.’

While a finance review panel was established in May and a consultant brought in, resulting in progress in identifying savings, Grant Thornton said  the panel failed to bring to the attention of the full council the fact that the budget gap exceeded the available reserves, which was a failure of governance and showed a lack of understanding of the urgency of the financial position.

The council has increased the level of borrowing significantly in recent years (£545m in three years) and used the money to invest in companies it established and to purchase investment properties.

Grant Thornton said this strategy was agreed in council meetings using guillotine procedures meaning there was insufficient time to discuss and challenge the strategy, and the first purchase was made two months prior to approving the strategy.

Its report stated: ‘The council’s approach to borrowing and investments has exposed the council and future generations of taxpayers to significant financial risk. There has not been appropriate governance over the significant capital spending and the strategy to finance that spending.’

Croydon set up a number of companies including wholly owned and part owned companies. Grant Thornton said its governance and oversight of the companies shows insufficient rigor and control, and pointed out that despite heavy investment, the council has not yet received any significant return.

The report stated: ‘The council’s fragile financial position and weak underlying arrangements have been ruthlessly exposed by the impact of the Covid-19 pandemic.’

Grant Thornton makes 20 recommendations in the report, of which eight are high priority.

Robert Jenrick, local government secretary, said: ‘The situation at the London Borough of Croydon is deeply concerning and completely unacceptable – local people rightly deserve and expect better than this from their local council leaders.

‘The public interest report published this week is damming about the dysfunctional governance within Croydon council, who have been entirely irresponsible with their spending and investments.

‘There are serious questions that local leaders to answer, and we are stepping in to get the situation under control.’

Public sector expert Chris Wood will lead the review and will be supported by Alan Gay as financial reviewer, as well as a commercial reviewer, Boris Adlam.

The findings of the review will be reported in November and published on Gov.uk once complete.

MHCLG said the announcement of the rapid review does not rule out a more formal, statutory intervention in the future, depending on its findings.