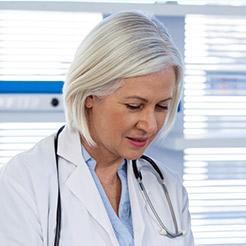 The schemes being offered all have some common features including using an umbrella company although they may be described differently.

Usually, the wages will consist of two payments. The first payment is declared as earnings and will go through the umbrella company payroll, often at around National Minimum Wage (NMW) levels or a flat rate payment for example, £100 per week.

Then there is a second payment, which HMRC says the umbrella company will claim is not taxable. This payment may be described as a loan, annuity, shares, a capital advance involving mutual, joint or co-ownership, or a payment derived from a revolving line of credit facility, or some other non-taxable form.

HMRC warns that all of these schemes have one thing in common and that is to attempt to disguise the true level of the worker’s earnings, which would ordinarily be subject to income tax and national insurance contributions (NICs).

The tax authority say some umbrella companies may offer vague explanations of how the schemes work, for example, by using an individual’s personal allowance more efficiently, and often claim that workers can take home 80% to 85% of their pay.

The pay slips provided by the umbrella company may also be misleading, in HMRC’s view, as they may show only the first payment and/or inaccurate deductions.

HMRC cautions NHS workers asked to sign documents other than their contract of employment, to think very carefully before signing up. It advises they should challenge the position if they are asked to sign separate agreements to receive loans, advances, shares, annuities or anything else not relevant to their work.

HMRC says that in such circumstances, even if an individual does not  realise it, these schemes are very likely to involve tax avoidance and they could end up owing tax and interest, as well as incurring the fees paid to the umbrella company.

HMRC advice to anyone who thinks they are being offered this type of scheme is to use the HMRC online tax calculator to check the tax normally payable on their income. They should ask the person who is offering the arrangement for a breakdown of the deductions being made, so it is clear what the fees relate to and also to check  whether tax and NICs have been deducted

In his Budget earlier this month Chancellor Rishi Sunak took action over concerns that previous changes to pension taxation leading to reductions in the tapered annual allowance had resulted in highly paid NHS medial staff cutting their hours or retiring early in order to avoid punitive tax charges.

Following a review in January, the Budget stated that 'to support the delivery of public services, particularly in the NHS, the two tapered annual allowance thresholds will each be raised by £90,000'.

'This means that from 2020/21 the “threshold income” will be £200,000, so individuals with income below this level will not be affected by the tapered annual allowance, and the annual allowance will only begin to taper down for individuals who also have an “adjusted income” above £240,000.'

Sunak said the increased thresholds would remove anyone with an income below £200,000 from the ‘pensions trap’, and will take 98% of consultants and 96% of GPs out of the taper altogether. However, the new measures are set to take effect from 6 April 2020, which means that senior doctors are subject to the current rules for 2019/20 tax year which includes the outbreak of coronavirus.